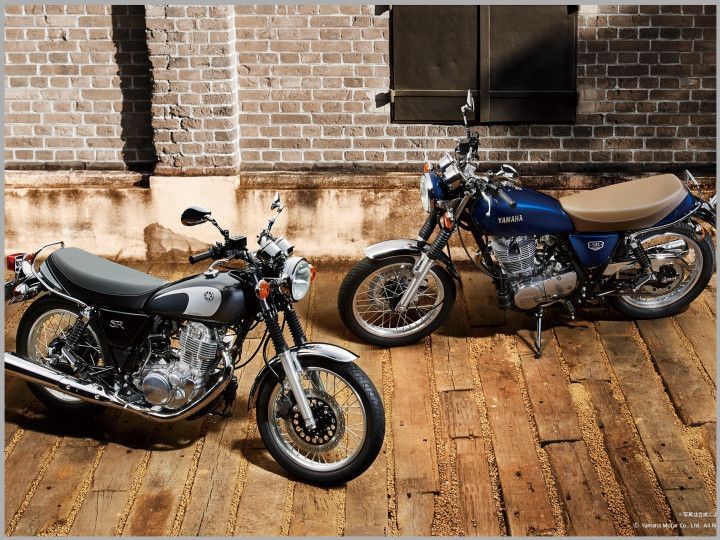 In this technologically advanced, social-media-savvy connected age, all things old school stand apart like a beacon of rebellion, a light of nostalgia. And as far as the mid-capacity motorcycle segment is concerned, the Yamaha SR400 is undoubtedly one of them. After being in the market for 43 long years, Yamaha Japan is finally bidding adieu to the famed thumper by launching two special variants -- the SR 400 Final Edition and SR400 Final Edition Limited.

Yamaha Japan has priced the Final Edition at JPY 605,000 (around Rs 4.26 lakh), whereas the Final Edition Limited is pegged at JPY 748,000 (around Rs 5.27 lakh). As the name suggests, the latter is limited to 1000 units and will be sold only in YSP stores that are exclusive to certain bikes. The ‘standard’ Limited Edition will be available at all Yamaha dealerships in the land of the rising sun. Yamaha says the two bikes will be available from March 15.

So what makes this motorcycle unique? Well, it is as old school as it gets, complete with a Bullet-esque kick-starter, a decompression lever, and an oil-in-frame design. But Yamaha has made sure the bike is just as modern as it is legally required. Ergo, it uses a fuel-injection system to feed the 399cc single-cylinder SOHC 2-valve motor. The engine churns out a reasonable 24PS at 6500rpm and 28Nm at 3000rpm. With a claimed mileage of 29.7kmpl, the bike is also reasonably fuel-efficient. The motor is mated to a 5-speed transmission. Also Read: The Honda H'ness CB350 Gets Its First Price Hike

The underpinnings are pretty traditional too. Up front, you have the gaitered telescopic forks, 18-inch spoke wheel with tubed tyres on both ends, and a disc brake, whereas the rear employs a pair of shock absorbers and a drum brake. There’s no ABS, not even as an option.

Yamaha has launched this commemorative edition because, as per Japanese regulations, the deadline for the sale of non-ABS equipped motorcycles is October 2021. But that’s not all, considering the Euro5-equivalent of new emission norms will also kick in after October 2022, and the SR400 would then not be able to meet these requirements without making significant revisions to the bike’s powertrain. And making substantial changes to an old-school motorcycle to keep it alive in the modern era will rob it of its soul. So, if you were to ask us, Yamaha’s decision is certainly justified.

Thankfully, Japanese old-school motorcycle enthusiasts won’t have to feel dejected because Honda will be bringing in the made-in-India H’Ness CB350 (likely to be renamed ‘Honda GB350’ in Japan) to the country. While it may not be as hardcore as the SR400, it certainly has the vintage charm to it, albeit tempered with modern elements all over.