The Yamaha MT-15 May Get A Touring Cousin

If true, this upcoming adventure tourer could be a baby version of the Tracer family 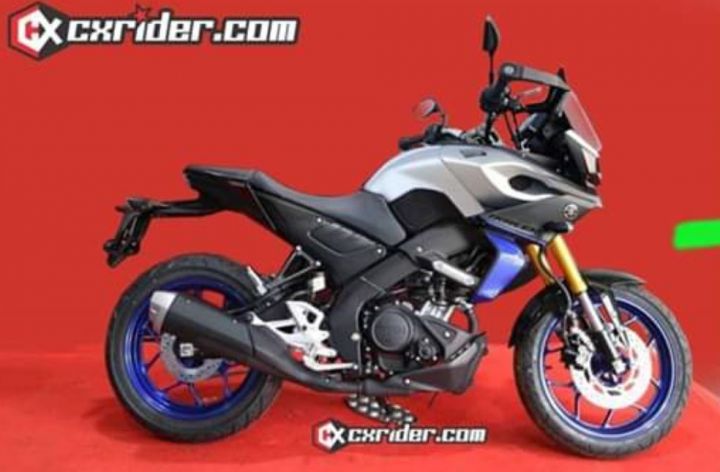 The rumour mills suggest that Yamaha is currently working on a small-capacity tourer which is likely to be a baby version of the Tracer 900. Currently, the Japanese two-wheeler manufacturer’s touring lineup (internationally) consists only of the Tracer range, which leaves a huge gap in the mid-displacement and entry-level space. The introduction of a small-capacity sport tourer, say a MT-15 Tracer, could prove to be quite beneficial for the company. And if the rumours are true, we can’t think of a better place for Yamaha to unveil the bike in its concept form than this year’s EICMA in November.

The idea crystallized after Honda unveiled the CB125X concept, a bike pegged as an offroad-centric ADV, at EICMA last year. Its production version is expected to be unveiled at EICMA this year. Yamaha, on the other hand, is said to be working on a road-biased MT-15 tourer which could be the perfect antagonist to the CB125X. That said, there is a possibility that Yamaha could go bonkers with the idea and end up with an off-road version of the bike inspired by its Tenere range.

For now, though, the render leaked by Cxrider sticks to a road-based version of the bike which draws inspiration from both the international-spec MT-15 and the Tracer. It features muscular tank extensions, a split headlamp, a tall windscreen, long-travel suspension and tall handlebars with knuckle guards. The rear looks identical to the MT-15. What’s unknown is the bike's displacement. However, reports suggest that it could be powered by a 125cc or 150cc motor.

That said, unlike the 125cc mill on the CB125X, Yamaha would most likely use its potent 155cc VVA (Variable Valve Actuation) engine which should give it a competitive edge and also allow the company to tap into the European markets.

The MT-15 and the R15 V3.0, which have been roping in the numbers for Yamaha, currently occupy the entry-level space in most developing countries. And the introduction of a small-capacity Tourer or ADV would just cement Yamaha’s position in those segments.

Unfortunately, the ‘MT-15 Tracer’ is still some time away from turning into reality. And even when it does, we don’t think Yamaha would consider a bike like this for India, in the near future at least. But the fact that our market has blossomed over the last few years with various small-capacity bikes spanning multiple different genres like cruisers (Bajaj Avenger Street 160), trail bikes (Hero XPulse 200), adventure tourers (Royal Enfield Himalayan), and sport bikes (Yamaha R15 V3.0) gives us hope that a baby Tracer would fit right in.