Volkswagen Hikes Prices Of Almost All Its Cars In India

Only one model has managed to escape the price revision 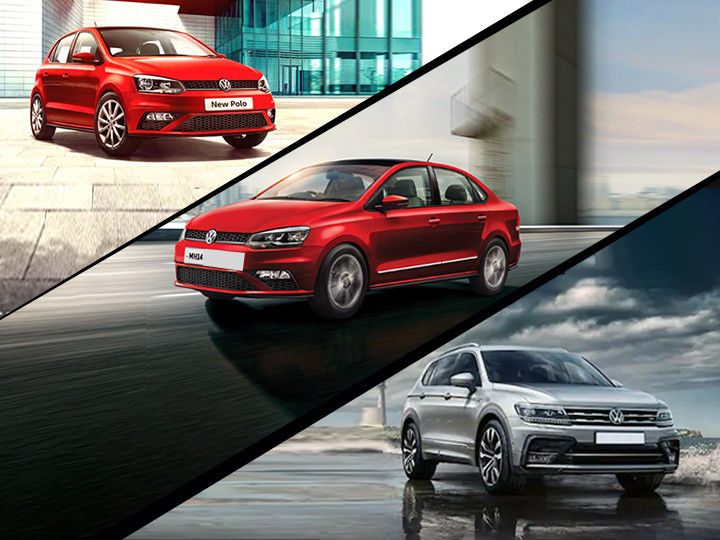 Volkswagen India has hiked the prices of the Polo, Vento and Tiguan Allspace in the country. The reason for the increase in prices is yet to be known, though prices for the Tiguan Allspace were introductory until now. Meanwhile, the price of the T-ROC remains unchanged at Rs 19.99 lakh. The updated Polo TSI, Vento TSI as well as both the SUVs were launched in India in March 2020. Here are the revised prices:

Volkswagen is also running an offer price on all the variants apart from the top-spec GT trim. There are benefits worth up to Rs 29,000 depending on the variant you pick. Here are the prices for your reference:

The Vento, on the other hand, will set you back by up to Rs 9,000 more depending on the variant. Prices of the Comfortline and Highline variants remain unchanged while VW has revised the prices of the Highline Plus automatic variant, which is Rs 31,000 cheaper than before. The Vento is powered by a 110PS 1.0-litre TSI turbo-petrol engine that can be had with either a 6-speed manual or a torque converter automatic.

Volkswagen also has some exciting offers on certain variants of the Vento if you pick it up by the end of September. The carmaker is offering the Vento Comfortline MT for Rs 8.39 lakh and Highline Plus MT for Rs 10.99 lakh, which is Rs 1.61 lakh and Rs 1.09 lakh less than their actual prices respectively.

The prices of the Tiguan Allspace were introductory until now. VW’s flagship SUV is now dearer by Rs 12,000, retailing at Rs 33.25 lakh. The Tiguan Allspace is powered by a 2.0-litre TSI petrol engine that develops 190PS of power and 320Nm of torque. It drives all four wheels and the only gearbox on offer is a 7-speed dual-clutch automatic transmission.