As the competition stiffens in the sub-Rs 20 lakh SUV segment, Tata is working towards keeping the Hexa fresh and relevant 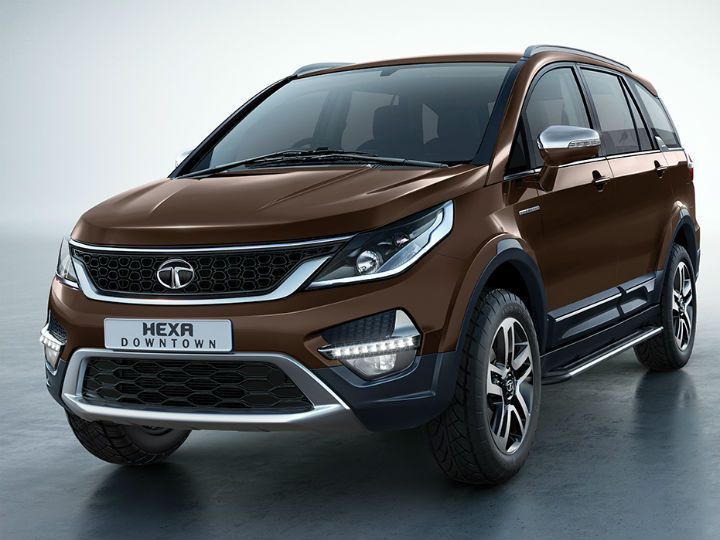 It's been only nine months since Tata launched the Hexa and we’ve already gathered news that the carmaker is working on a special edition. The Tata Hexa Downtown Urban Edition, which is likely to be launched soon, will get a bunch of cosmetic upgrades and functional features.

According to the leaked brochure for the upcoming SUV, the Downtown Edition will get a unique Urban Bronze colour to differentiate it from the rest of the variants. Other visual updates include a chrome package, a 'Downtown' badge on the fenders, a new set of 16-inch machined alloy wheels, a side step, tan seat covers and plush carpets. On the functional side, the SUV gets 10-inch rear-seat entertainment system, a wireless charger under the front centre armrest and a heads-up display that also doubles up as a tyre pressure monitoring system.

There will be two packs available with the Downtown Urban Edition, Absolute and Indulge. These can be had with all variants of the Hexa. The Indulge pack gets all the goodies mentioned above, but only if you opt for the top XT or XTA variant. The Absolute pack, on the other hand, misses out on alloy wheels, rear-seat entertainment system and the heads-up display. If you're opting for the special edition with XE, XM or XMA variants, then you might as well pay a little extra for the fancy seat covers that come as standard on the XT variant.

The special edition Hexa is expected to hit dealerships in the coming weeks. Considering the list of extra features, the Downtown Urban Edition could carry a premium of about Rs 20,000-50,000 depending on how you spec it. The SUV could be feeling some heat from the recently-launched Jeep Compass, which attracted a large number of enquiries and bookings since the American carmaker announced the pricing. The added bling and features from the special edition should help Tata keep up the Hexa's sales numbers.

The Tata Hexa is priced between Rs 11.72 lakh and Rs 17.08 lakh (ex-showroom Delhi). It's available in three trims, XE, XM and XT, with a 2.2-litre, turbocharged diesel engine. The XM and XT variants can either be had with a 6-speed manual or a 6-speed automatic transmission. These variants make 156PS of power and 400Nm of peak torque. The XE, on the other hand, makes do with a 5-speed manual unit and produces 150PS and 320Nm. If you are willing to let go of the automatic transmission, the XT variant can be had with a four-wheel drive setup as well.