Skoda Kodiaq To Switch To Petrol Power In 2020

The Czech carmaker could showcase the Kodiaq with a 2.0-litre TSI engine at Auto Expo 2020 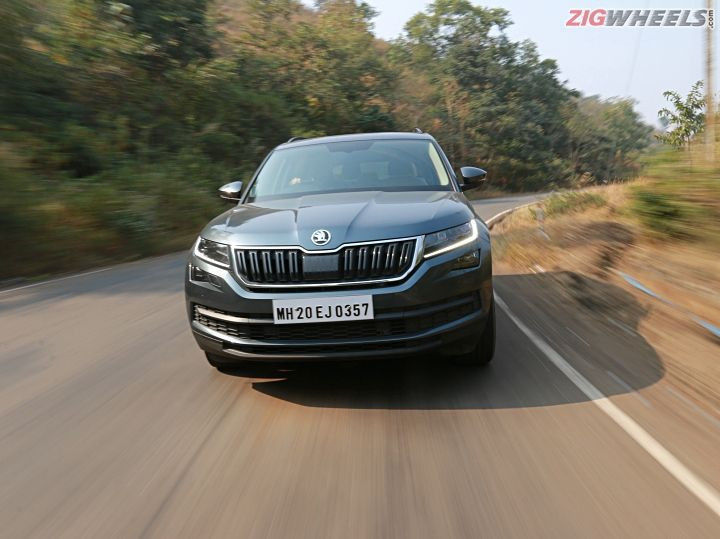 As we get closer to Auto Expo 2020, we’ve been receiving details of Skoda’s plans for India’s biggest car show. This time it’s about the company’s flagship SUV, the Kodiaq. Earlier this week, Skoda Auto India told us its plans of discontinuing its 2.0-litre TDI diesel engine. Naturally, this prompted us to enquire about the Kodiaq’s future as it is only offered with this diesel engine. Well, Skoda has now confirmed that the flagship SUV will soon be available with a petrol engine - the 2.0-litre TSI. We believe Skoda could showcase this variant of the Kodiaq at the Auto Expo 2020.

The discontinuation of the 2.0-litre diesel engine is one of the few reasons the current-gen Octavia will be phased out before April. However, this doesn’t mean that the Kodiaq will never be available with a diesel engine. Skoda says it is working on introducing the BS6-compliant 2.0-litre TDI EVO engine for the Kodiaq as well as its future offerings like the 2020 Octavia.

Earlier this year, we reported that Skoda could even introduce the sportier version of its flagship SUV, the Kodiaq RS. If the RS makes it to India, we expect it to be offered as a CBU. This could drive up the price of the SUV by a significant margin considering the exorbitant import duties on imports. Hence, expect Skoda to only bring in limited numbers of the go-faster SUV to target a niche band of enthusiasts.

“There will never be enough volume for us to produce the parts in India, but maybe we could look at bringing in a few as CBUs,'' said Zac Hollis, Director of Sales, Service & Marketing at Skoda India. “Let me have a look at it and see if that (Kodiaq RS) works as a business case,” he added. Fingers crossed, Skoda at least offers 200 units of the Kodiaq RS just as it about to do with the Octavia RS245 soon.