It is offered in both standard and long-wheelbase trims 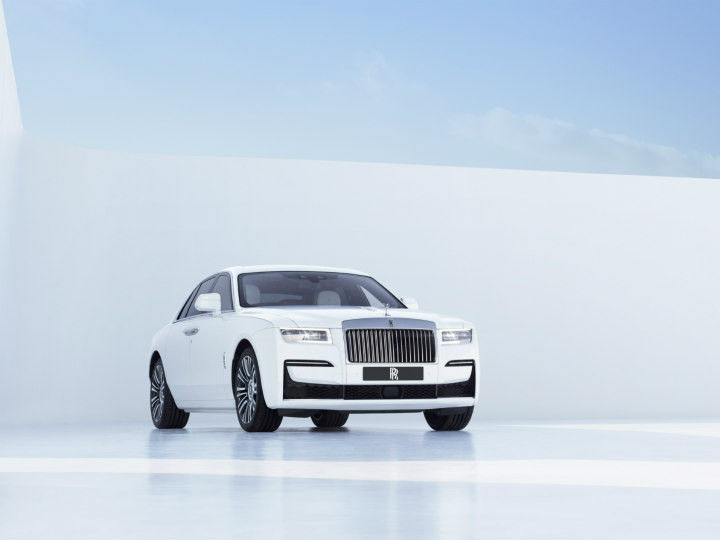 Earlier this month, Rolls-Royce took the wraps off the next-gen Ghost after a decade-long stint with its predecessor. Shortly after revealing its extended wheelbase version, the two luxury sedan trims have made it to Indian shores. Priced at Rs 6.95 crore (standard) and Rs 7.95 crore (extended wheelbase) (ex-showroom), it is based on the aluminium space frame architecture as the Phantom and Cullinan. It also features an evolved design, loaded creature comforts, and twin-turbo V12 power.

In terms of dimensions, the Ghost has undergone a growth spurt with the overall length up by 89mm compared to the first Goodwood Ghost, at 5,546mm, and wider by 30mm at 1,978mm. The extended trim has a 170mm longer wheelbase and is overall longer and wider at 5,716mm and 2,148mm.

The cabin is minimalistic yet modern with features like digital gauges, the latest infotainment system, Wi-Fi hotspot, a head-up display, and a 1300W bespoke audio system. Another nifty feature is the illuminated dashboard which features 152 LEDs for the Ghost nameplate, more than 850 stars, and over 90,000 laser-etched dots carved onto its surface.

Exclusive to the extended wheelbase trim is the Rear Suite Serenity for the rear seats. These areessentially recliner seats inspired by luxurious seats of private jets in terms of comfort and reclining ability. What’s more, you also get a champagne fridge right between the reclining rear seats if you’re up for a bubbly.

Under the hood, you’re treated to a 6.75-litre twin-turbo V12 engine pushing out 571PS of outright grunt and 850Nm of twist. Paired to a ZF 8-speed automatic transmission, both Ghost trims can hit 0-100kmph in 4.8 seconds and top out at 250kmph. There’s also the all-new Planar suspension system which focuses on three key elements: aiding stability, adapting the suspension according to the road surface, and using GPS data to pre-select the optimum gear while taking corners. It also gets all-wheel-drive and all-wheel steering.

The second-gen Rolls-Royce Ghost takes on the likes of the Bentley Flying Spur and the next-gen Mercedes-Maybach. What do you think of the next-gen Ghost? Let us know in the comments below.