It has been a week full of launches and future announcements 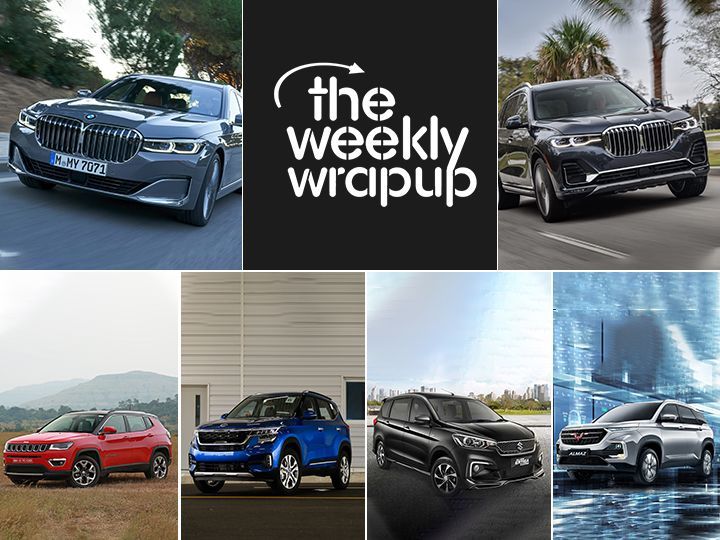 The second week of July was filled with plenty of action including important car launches, carmakers revealing their future plans and inside info on future vehicles. It started with what could be the expected launch date of Hyundai’s next-gen i10 hatchback, followed by Renault finally launching the Duster facelift and Hyundai launching India’s first all-electric SUV, the Kona Electric. Meanwhile,the wait to book a Seltos will be over sooner than expected ahead of its launch. Finally, some important details could be expected on the upcoming 2020 Hyundai Creta SUV. Here’s all the headlines from the world of cars in the second week of June.

Next-Gen Grand i10 Launch In August:

Hyundai has been preparing a second-generation Grand i10 hatchback. The new Grand i10 is expected to sport refreshed exteriors as well as updated interiors. Under the hood, it is expected to get the same 1.2-litre petrol and diesel engines albeit with BS6 revisions. Both engines are expected to be mated to a 5-speed manual, CVT or a new AMT gearbox option. Click here to know more about when it is expected to launch and what could be the expected price range.

After a long wait, Renault has finally launched the Renault Duster facelift at a starting price of Rs 7.99 lakh. The facelift sports a host of cosmetic changes like revised front and rear bumpers, new rims and more. On the inside, the Duster gets an updated infotainment system along with other cabin revisions.It retains its petrol and diesel engine options but they will not be BS6 compliant. Head here to know more about what’s new in the Duster facelift.

Hyundai has finally launched India’s first all-electric SUV, the Kona Electric, at an introductory price of Rs 25.30 lakh (ex-showroom).  The Kona Electric delivers an ARAI-approved EV range of 452km on a single charge. Aside from that, the EV SUV is packed with stylish exteriors and a host of upholstery and other interior gizmos to play with. It will be initially available in 11 cities with plans to expand further in the future. Head here to know more about the revolutionary new electric SUV.

The wait to book a Seltos may be over soon as bookings for the Seltos SUV are likely to commence on July 16 ahead of its launch on August 22. Kia India will start accepting bookings both online and at its authorised outlets in the country. At launch, the carmaker plans to have 265 touchpoints at 160 cities by the time the Seltos is launched. The Seltos will be offered in two trims with three engines and six different engine-gearbox combinations. Head to the link to know more about the Seltos.

Hyundai is planning its next iteration of the successful Creta SUV for a mid-2020 launch. Many details regarding  details like the price range, launch dates, engine and transmission options, and what’s new could be expected in the 2020 Creta. Head to the link to know more about what is expected for the 2020 Creta.