The production-spec Magnite looks just as striking as the concept 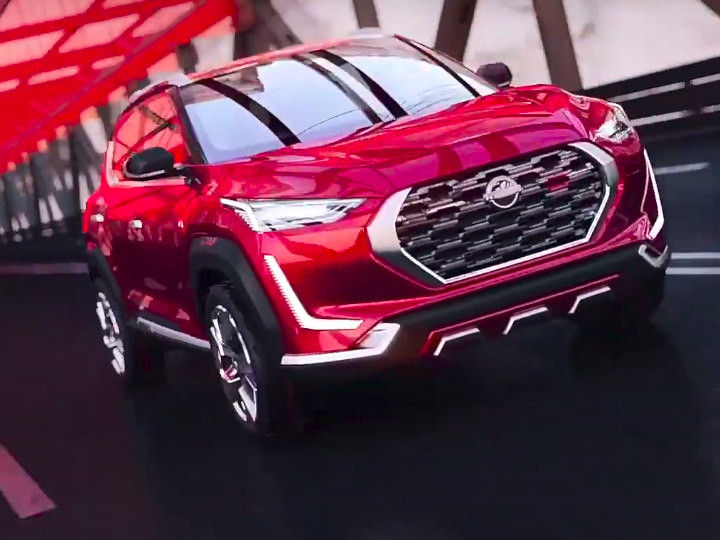 It was just yesterday my boss and I had a long word about the Nissan Magnite’s design. We also hoped most of the concept’s design elements would trickle down to the production version. A few hours later, a spy shot of the production-spec Magnite surfaced online. Does it create a strong first impression?

Yes it does! The folks at Nissan deserve a pat on the back as they have retained most of the concept’s design elements, including the bold grille, L-shaped elements on the bumper and the sculpted bonnet. Even the design of the headlamps looks identical. This particular test mule could be a mid-spec variant as it misses out on LED DRLs and LED headlamps.

Sadly, the spy shot only reveals the front of the Magnite and we are yet to get a peek into the interior of the SUV. But considering that the front-end looks identical to the concept, we expect the rest of the design to follow suit. Have a look at the Magnite concept here.

This Nissan could also be loaded to the brim with features. Some of the features that have already been confirmed include an 8-inch touchscreen infotainment system with Apple CarPlay and Android Auto, connected car technology, cruise control and a 360-degree camera. It should also offer keyless entry with push button start and possibly a sunroof. On the safety front, it could feature multiple airbags, ABS with EBD, parking sensors, and electronic stability control.

The Nissan Magnite is expected to reach showrooms in January 2021. Expect an aggressive price tag that’s likely to start from around Rs 5.5 lakh (ex-showroom). The Nissan Magnite will fight it out with the Tata Nexon, Ford EcoSport, Hyundai Venue, Maruti Suzuki Vitara Brezza and the upcoming Kia Sonet and Renault Kiger.