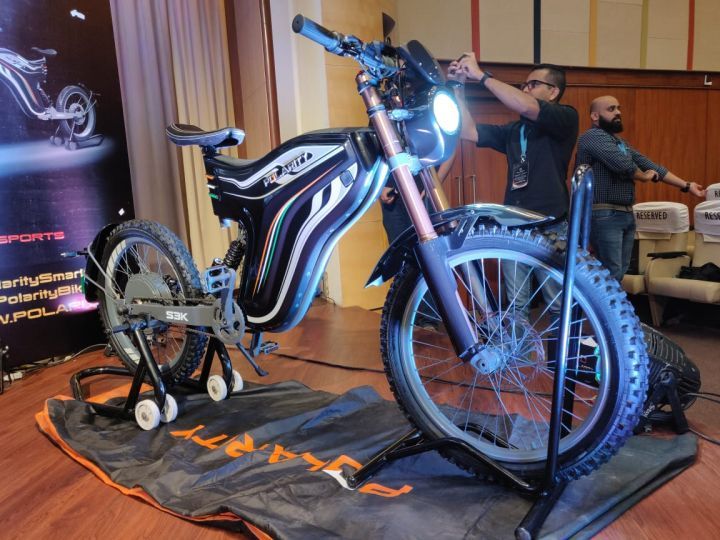 Polarity Smart Bikes has unveiled six new pedal-assisted e-bicycles for the Indian market. These e-bicycles are divided into two categories:  the S1K, S2K, S3K, which are placed in the Sport lineup; and the E1K, E2K and E3K that come under the Executive range. Prices begin from Rs 38,000 for the base model and go all the way up to Rs 1.1 lakh (ex-showroom) for the top-spec version. The brand has started accepting pre-bookings for all six e-bicycles through its official website for a nominal amount of Rs 1,001. That said, you’ll have to wait until early 2020 for deliveries to begin.

Powering these e-bicycles are hub motors with power figures ranging from 1-3kW. When paired with its lithium-ion battery pack, the cycles are capable of delivering a claimed range of 80km on a single charge. You also get a 3-year warranty for the battery for added peace of mind. One can fully charge the battery in four hours using a conventional home charging socket or drop the time down to just two hours using a fast charger, which will be offered as an optional extra. Unfortunately, these batteries aren't removable. So you'll either need to install a charging station in your parking lot or carry the bike to your house via a service lift in order to charge it. On the bright side, for future applications, the brand is working on detatchable batteries for its products.

All six e-bicycles from Polarity are eligible for subsidies under the government's FAME-II scheme. The range also features pedal assist which will help address range anxiety amongst buyers. Notably, there isn't a two seat option available as it would hamper the bikes handling dynamics. However, Polarity will be testing few two-seater prototypes and could introduce the same in the future if there's enough demand for it.

We’ve listed down the spec sheet for the entire range for a broader perspective.

All ex-showroom prices after FAME-II subsidy*

Keeping up with the trends of today, the top-ends models of each range comes with a Bluetooth-enabled TFT instrument console right off the shelf. Polarity has also introduced its very own app to go along with the e-bicycles, which enable customers to view vehicle diagnostics, battery life, location, service details, and more. You could also have the same feature on the rest of the models for some extra cash. The app will be available on both Google Play and the Apple App Store once the company begins deliveries. Other notable features include LED lighting and a USB port on all the variants. Fitness-conscious customers can also mount the bike on a stand and use it for exercising at home. And just in case you were wondering, these road-legal electric bicycles do need a licence to be ridden.

In its initial phase, the homegrown electric bike manufacturer will target Tier I and Tier II cities such as Mumbai, Pune, Hyderabad, Kolkata, Delhi, Ahmedabad, Bangalore and Chennai. To make things more convenient, it plans to adopt door-step deliveries in the near future.