A quick look confirms this will be a spacious, butch looking crossover; launch in January 2019 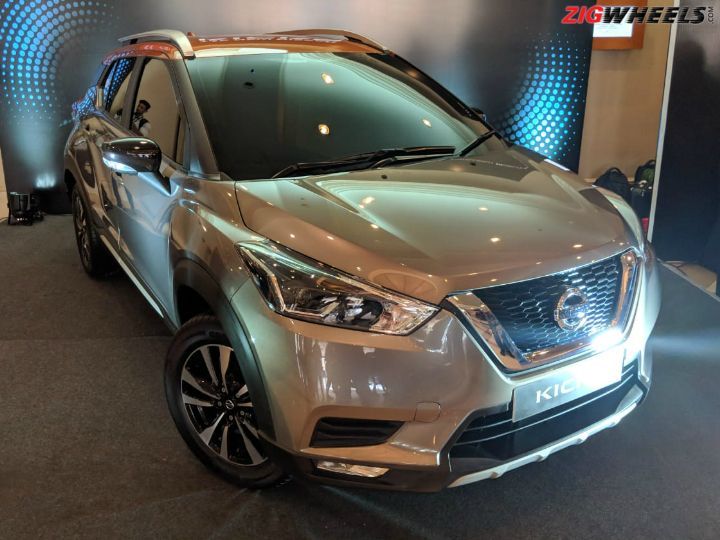 The compact SUV segment is about to be kicked up a notch. Excuse the terrible pun, but Nissan seems to be going all guns blazing with an SUV that might possibly be a make or break product for them. We got to check the India-spec Nissan Kicks in Mumbai recently, and here's what we saw. Do note that the interiors of the SUV were not accessible. However, Nissan has promised to give us a sneak peek inside the cabin soon.

Does it look big?

Among the first things you notice about the Kicks is that it isn't exactly beefy and butch like the Renault Duster/Nissan Terrano. And, it isn't upright like a Hyundai Creta either. It follows the same philosophy as it's cousin, the Renault Captur. It's more crossover-ish in that sense, where it attempts to blend in the good bits of an SUV (read: ground clearance) with a contemporary design.

Nissan wants you to know that the Kicks follows in the footsteps of its range of ‘proper’ SUVs by invoking names like the Jonga and the Pathfinder.

If you take a look at the numbers...

...it is clear that Nissan has extensively worked on the bodywork of the Kicks for India. While it is based on the same B0 platform as the Duster/Captur/Terrano, it is longer than all of them. It is also taller than Renault’s attempt at a premium SUV/crossover, the Captur.

The increased length is especially noticeable at the rear, and this should translate to better cabin/luggage space on the inside when compared to other offerings from Nissan and Renault.

We think the face makes a solid first impression courtesy Nissan’s signature ‘V-Motion’ grille, which now gets an extra dose of chrome.

Over to the side, you'd notice how the Kicks cleverly creates a floating roof effect thanks to the blacked-out A- and C-pillars. The contrast coloured roof (orange in this case) also adds to the effect.

At the rear, you'd pick on the fact that the taillamps that ‘spillover’ onto the sides are slightly smaller than the one on the international variant.

It's got all the 'I'm tough' bits, including faux skid plates, body cladding and roof rails. The roof rails are not integrated into the roof, unlike the ones found internationally, adding a bit of masculinity to the overall design. CHECK!

Note the positioning of the rear parking camera which is hidden nicely above the number plate holder.

The showcar also featured a 360-degree camera setup, including a camera under the Nissan badge upfront and cameras under the ORVMs! If this makes it to production, the Kicks could be popular for offering segment-first features.

A closer look at the badging on the car. There’s a big Nissan insignia in the centre, ‘Kicks’ nameplate on the bottom left, while the variant name should occupy the bottom right spot on the boot lid.

Expect Nissan to pick and choose between the engine and transmission options offered on SUVs/crossovers based on the B0 platform. This includes the 1.5-litre, 4-cylinder turbo-diesel in its 110PS/245Nm tune and the 1.5-litre, 4-cylinder 106PS/142Nm petrol motor. The diesel motor could be paired to either a 6-speed manual or a 6-speed AMT, while the petrol motor can be paired with either a 5-speed manual or a CVT.

Competition for the Kicks will include the Renault Captur, Hyundai Creta, Maruti Suzuki S-Cross and the upcoming Kia SP Concept-based SUV. Nissan has confirmed that the Kicks will be launched in India in January 2019. More details of the SUV should be revealed in the runup to the launch. So stay tuned to ZigWheels for up-to-date details.