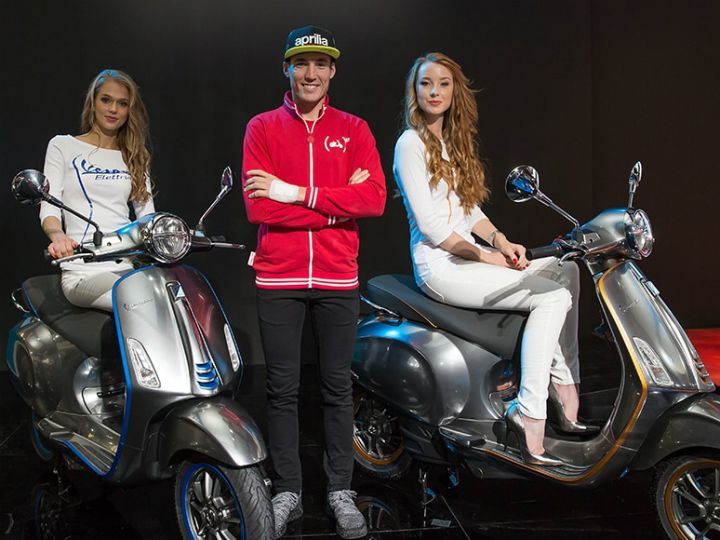 Piaggio managed to fill the electric hole at 2017 EICMA at least to some extent with its new electric scooter called the Vespa Elettrica, which in English simply translates to ‘Vespa Electric’. The concept that was first unveiled at last year’s EICMA sticks to the same classic retro styling but is powered by an electric motor this time round.

The electric motor on the bike manages to churn out 2kW of continuous power and 4kW of peak power. Piaggio says the scooter will easily outrank a 50cc scooter in terms of performance, especially in terms of initial acceleration, which makes it more reasonable for urban riding where peppy performance is of importance. Vespa also claims that the scooter has a range of 100km, enough for your urban commutes. However, there is the X variant which offers a truly impressive 200 km range!

How is it possible, you ask? Well, it’s been accomplished by placing a generator next to the lithium-ion battery unit, amplifying its range by double. The range-extending generator, though, is essentially a 4-stroke petrol engine, which as per Piaggio is meant for nothing else but to recharge the battery for the range. Other than that, the scooter will take 4 hours to charge as per the manufacturer.
The scooter comes packed with Vespa Multimedia Platform that allows you to connect your smartphone with its colourful TFT screen. The scooter will flaunt a chrome grey colour and further accessories are up for customization. You can further choose to get a chrome helmet with anti-glare glasses.

Deliveries for the new Vespa Elettrica will commence by early 2018 in European markets. Given the fact that our market and infrastructure isn’t ready for electric scooters yet we might have to wait a few years before this zero-emission Vespa lands on Indian tarmac.