The spacious people carrier Maruti Eeco will get a facelift and will be launched in September 2015. Get new Maruti Eeco price and specification on ZigWheels 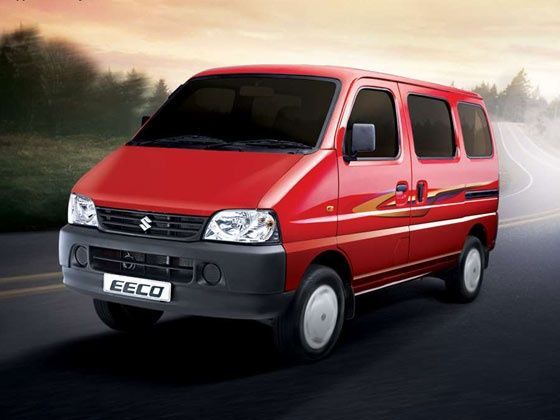 Introduced back in 2010, the Maruti Eeco has been maintaining steady demand even without being given any major upgrade or makeover. Commercial fleet owners and people with large families can’t get enough of the no-nonsense people carrier, which is offered in both 5-seat and 7-seat options. In the recent past the Maruti Eeco has been selling over 4,800 units per month on an average, which is mighty impressive.

Finally, after 5 years Maruti is giving the Eeco a cosmetic facelift, which will be launched in September 2015. The new Maruti Eeco is expected to get refreshed interior design and some new features, apart from the air-conditioning and power-steering it currently comes with.

The 2015 Maruti Eeco facelift will continue to be powered by the existing powertrain – the tried and tested 1.2-litre four-cylinder petrol capable of 74PS at 6,000 rpm and 101Nm of torque at 3,000 rpm, with power delivered to the rear wheels via a 5-speed manual gearbox. Besides this the company also has the cost effective Maruti Eeco CNG variant which will also continue to be offered with the facelift version.

The new Maruti Eeco facelift may charge a slight premium over the existing Maruti Eeco which ranges between Rs 3.1 lakh to Rs 4.17 lakh, ex-showroom.