The Toyota Vellfire Is Finally Here, And Can Be Yours For Rs 79.50 Lakh!

The Vellfire is a 7-seater luxury MPV with lounge-like middle row seats. 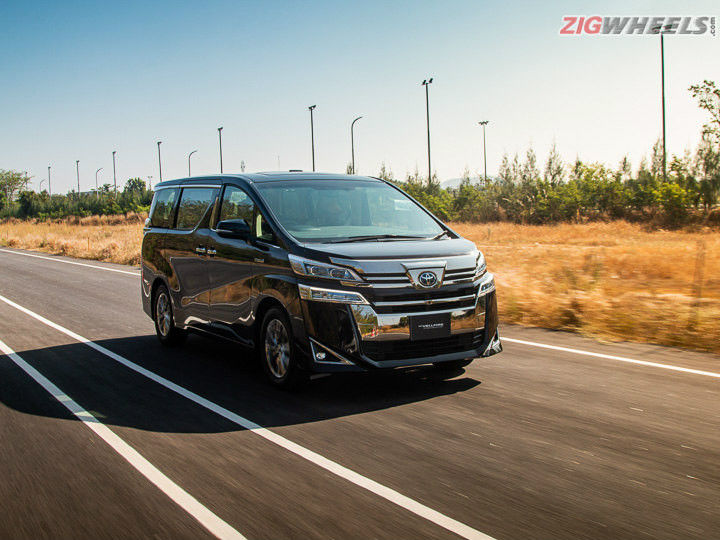 The Mercedes-Benz V-Class has held a long-standing monopoly in being the only luxury MPV in India, until now. Toyota has launched the Vellfire at a price tag of Rs 79.50 lakh (ex-showroom India). The 7-seater MPV is offered in a single variant called the Executive Lounge and is powered by a hybrid powertrain. Here’s everything about it:

The Vellfire sports a typical MPV design with a boxy design and tall stance. It is shorter in length and narrower than the Mercedes but exceeds the V-Class in height. In Kia Carnival terms, the Vellfire is taller but has a shorter wheelbase than the 4-row Kia. Its 165mm ground clearance is on par with the V-Class. Highlights include a chrome-laden grille, split LED headlamps, LED DRLs, 17-inch gunmetal alloy wheels and swanky LED tail lamps with a chrome strip.

The biggest highlight inside the Vellfire is the middle row seating area with plenty of creature comforts. Some of them include two massive seats with powered reclining function, individual armrests, an electronic footrest, 16-colour roof-mounted ambient lighting, and a manual fore-aft slide function. The middle row also benefits from electric sliding rear doors, sunblinds, and a 13-inch entertainment screen with HDMI and WiFi support.

The luxury MPV is powered by a 2.5-litre hybrid powertrain. The ICE motor develops 115PS of power and 198Nm paired with a CVT. Two electric motors that sit at either axle produce 142PS at the front and 68PS at the rear, making this the only all-wheel-drive MPV in India. What’s more, its battery pack is a self-charging unit and replenishes itself during deceleration and braking. All this gives the Vellfire a claimed fuel efficiency of 16.35kmpl.

The luxury MPV from Toyota takes on the Mercedes-Benz V-class in India. As a self-charging hybrid luxury MPV with all-wheel-drive, the Toyota Vellfire sits in its own niche. But can the Vellfire scorch the Indian MPV market which, until recently, was primarily dominated by the V-Class and Toyota Innova? We’ve had a taste of the premium MPV which you can read more about in our first drive review.