Bookings for this variant have been temporarily halted 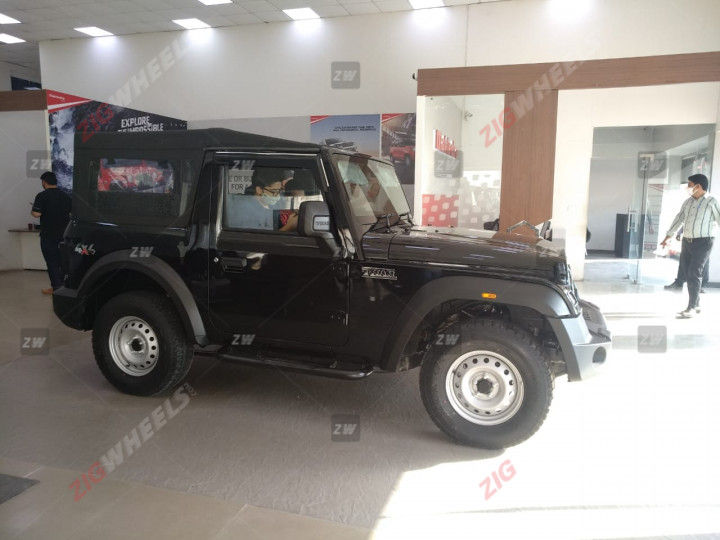 If you have your eyes set on the base Mahindra Thar AX std and AX variant, we have some bad news for you. Mahindra has temporarily halted booking for these variants due to the overwhelming demand for the other variants. You can still book the second-from-base AX Opt and top-spec LX variants.

Mahindra is yet to comment on reopening bookings for the entry-level Thar AX, but we suspect it could take a while as it has more than 20,000 backorders for this SUV. Majority of the bookings are for the Thar’s AX Opt and LX variants and not the base-spec AX and AX std variants. Due to the heavy demand for the top two variants, Mahindra has temporarily halted bookings for the AX and AX Std so it can clear the existing backlog.

This means you can’t buy a Thar with a fixed soft top for now. The Thar AX Opt and LX are only offered with a fixed hard top and a convertible soft top. It also comes with forward-facing rear seats, instead of the side-facing seats in the AX.

The AX Optional might not be as value-for-money as the Thar AX, but it still could appeal to those who frequently go off-roading. Sure you don’t get features such as touchscreen infotainment or cruise control, but it still gets roll cage, an important safety feature the Thar AX misses out on.

The AX Optional is offered with 16-inch steel wheels, which could take a better beating thanks to the taller profile steel tyres. It’s offered with Mahindra’s 150PS 2.0-litre petrol engine along with the 130PS 2.2-litre diesel engine. Both engines are offered with a 6-speed manual gearbox. The 6-speed torque converter automatic is limited to the top-spec LX variant.

The waiting period for the new Thar stretches into 2021. Mahindra will ramp up production from 2,000 to 3,000 units in January to reduce waiting periods. The Thar is priced between Rs 11.90 lakh to Rs 13.75 lakh (ex-showroom). It currently doesn’t face any competition in the country. Its upcoming rivals include the Maruti Suzuki Jimny and Force Gurkha BS6.