Participating in India's first ever mega green-vehicle rally on World Environment Day, Mahindra & Mahindra displayed the new Mahindra e-Verito electric sedan, along with the e2o and e-Maxximo to promote the use of hybrid and electric vehicles in our country 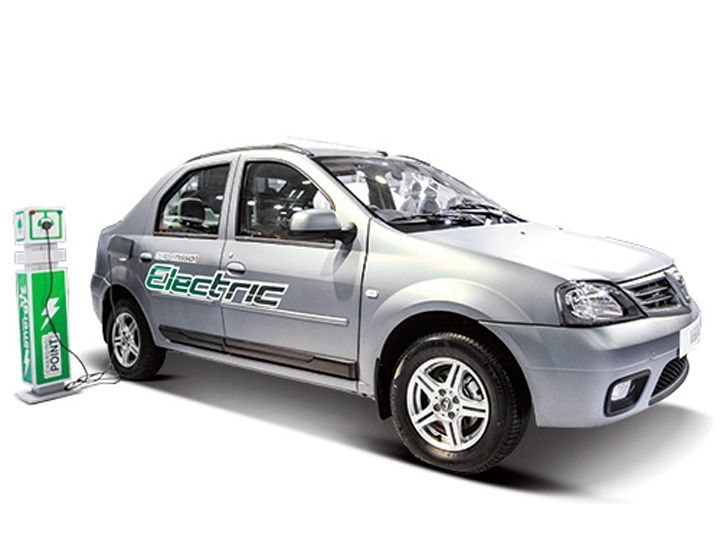 At the recently held FAME India Eco Drive during the World Environment Day weekend, Mahindra & Mahindra displayed it fleet of electric vehicles powered by Reva including the new Mahindra e-Verito, e2o and e-Maxximo.

The new Mahindra Electric Verito sedan is powered by the latest electric drivetrain from Mahindra Reva, and is equipped with features like hill-hold and stand-still pick up. The electric Verito or Mahindra e-Verito sedan can be charged at home and is also compatible with solar charging if one has a setup or such infrastructure at disposal.

The Mahindra Electric Verito concept was showcased at the 2012 Auto Expo in New Delhi where it boasted of being powered by lithium-ion batteries, which can travel for close to 80km on one full recharge and has a claimed top-speed of 85kmph. A couple of years later an updated version of the Mahindra e-Verito was displayed at the 2014 Auto Expo.

During the FAME India Eco Drive, for the very first time the Verito EV was officially driven out on the roads covering a distance of close to 21km. The green-rally started from India Gate to the finishing point at IGI Airport Terminal 3 in New Delhi.

After the Reva e2o, the e-Verito is the second all-electric vehicle to be introduced by Mahindra in India. And like its smaller sibling, the Mahindra Electric Verito will also benefit from the recently introduced FAME-India (Faster Adoption and Manufacturing of Electric vehicles) scheme by the Government of India.

The FAME India Eco Drive is a public awareness initiative to promote the use of hybrid and electric vehicles organised by the Ministry of Heavy Industries and Public Enterprises, Government of India in association with Society of Indian Automobile Manufacturers (SIAM), SMEV and Delhi International Airport Limited (DIAL). From Mahindra’s stable a fleet of ten Mahindra e2o hatchbacks, four Electric Verito sedans and one Electric Maxximo participated in this rally. Mahindra will be supplying the new Electric Verito sedans to Bharat Heavy Electricals Limited (BHEL) later this year.