We'll let that sink in for a bit (curse you - CBU taxes!) 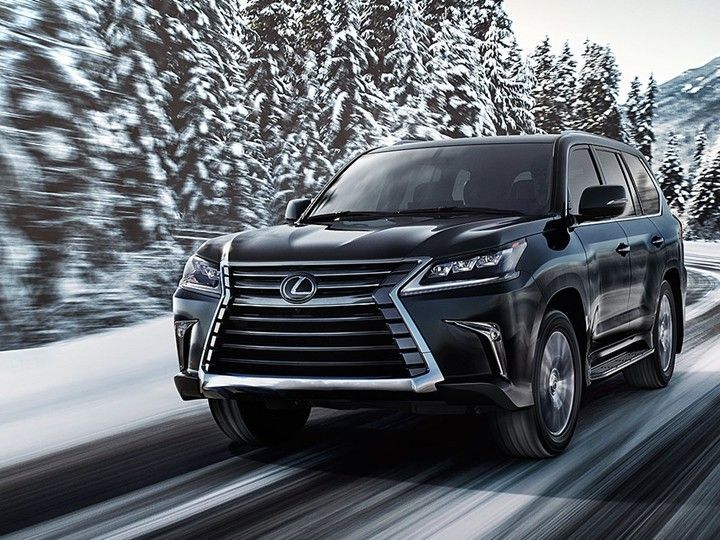 Yes, you read that right. And, no. There's no typo in the title. Lexus' range-topping LX can be yours for Rs 2.32 Crore (ex-showroom, Delhi). That puts the on-road price in the whereabouts of Rs 3 Crore. GULP!

The four-wheeled leviathan is among the poshest things money can buy. But, before we get on to that, let's discuss the mechanical gubbins. Now, the little 'd' in the nameplate means the big SUV is driven by diesel. And since this is the best Lexus has to offer, it isn't a piddly four-pot or a V6. It's the full-fat 4.5-litre V8 engine producing 265PS of power and 650Nm of torque. Here's some perspective - the torque figure is 50Nm more than the fastest car to lap the Nurburgring, the Huracan Performante.

Of course, the big Lexus has nearly thrice the weight to lug around as well. It's unabashedly heavy, tipping the scales at 3350kg. Power is sent to all four wheels through a 6-speed automatic transmission. Lexus also claims that the LX450d will return 9.6kmpl. We will take that with a pinch (or packet?) of salt, though.

By now, you must've figured out that the Lexus' mantra is 'go big or go home'. Gargantuan is possibly an understatement to describe the size of this thing. At 5080mm x 1980mm x 1865mm (l x w x h) - it is 285mm longer and 125mm wider than a Toyota Fortuner - something we consider to be a big SUV. It is based on the Toyota Land Cruiser (which we hear has just set a world record) and the overtones are hard to miss. But, there are unmistakably Lexus elements that include the massive front grille, all-LED headlamps with the trademark L-shaped daytime running lamp, and the LED tail lamps. And, while we'd have loved to see the gorgeous 20-inch wheels that other markets get, the 18-inch wheels are definitely more pothole-friendly. On a related note, there's air suspension on all four corners to make sure you don't feel any of them.

As one would expect of a Lexus, there are leather and wood trimmings everywhere and a bucket load of tech to go along with it. Highlights include a moonroof, four-zone climate control, electric adjust for the front seats and the steering wheel (with memory) and wireless charging. Then there's the 12.3-inch touchscreen paired with a 19-speaker Mark Levinson audio system, and the rear screens that should keep the seth ji happy.

Like most things Japanese, Lexus is known for its bullet-proof reliability. The LX is expected to be no different. As a matter of fact, the manufacturer is offering a 3 year / 100,000 km warranty on the big SUV. Yes, Rs 2.32 Crore is a hell lot of money. But, you can't really put a price on peace of mind, can you? It looks like Lexus has, though.

PS: In case you want a Lexus that's more affordable (relatively) - the Lexus ES and RX are on sale too!