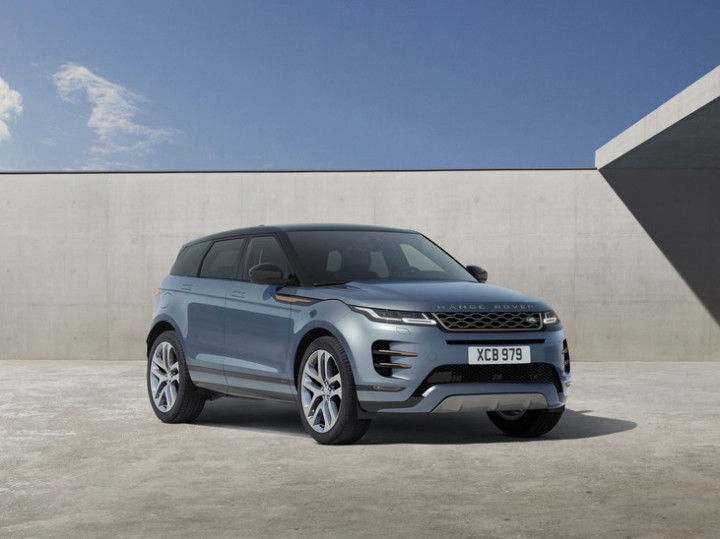 Land Rover India has announced that it will launch the 2020 Range Rover Evoque SUV on January 30, 2020. The 2020 Evoque, which first broke cover in November 2018, features an all-new interior design and a revised exterior. We expect the compact luxury SUV to retail from Rs 55 lakh onwards. It is likely to be priced higher than the current Evoque, which costs between Rs 52.06 lakh and Rs 69.53 lakh (ex-showroom Delhi).

You might mistake the new Evoque for the Range Rover Velar. It follows its larger sibling’s sleek, sharp design language. New front and rear fascia aside, the Evoque looks similar to the outgoing model. Even though the Range Rover Evoque has a similar footprint as the Renault Duster, the luxury SUV is cleverly packaged to provide both interior room and 591 litres of luggage space.

The most significant changes lie in the interiors. Step inside the Evoque and you are greeted with a similar twin-screen dash layout as the Velar. A 10-inch infotainment screen sits flush with the leather-lined dashboard. Below it is the HVAC control screen, which is angled toward the driver. Plastics around the cabin have been replaced with stitched leather to give it a more premium feel. For a change, Land Rover has replaced the gear shifter dial with a more conventional joystick.

New features include an on-board 4G hotspot, a smartwatch-based remote control, Apple CarPlay and Android Auto, fully digital driver’s display, and a head-up display. It even gets over-the-air software updates. A rear-view camera which projects onto the inside rear-view mirror may be offered as an option in India.

Internationally, the Range Rover Evoque is offered with a 48-volt mild-hybrid system. It works through a belt-driven starter-generator. When you brake, the engine turns off as soon as you hit speeds below 17kmph.

The Range Rover Evoque gets the latest Ingenium series of engines. Diesel variants are likely to come with the TD4 engine, which makes 150PS of power and 380Nm of torque. It is also available in a more powerful state of tune with 180PS and 500Nm. The petrol SI4 engine is available in three states of tune: 200PS and 340Nm, 249PS and 365Nm, and 300PS and 400Nm. Watch this space to see which of these engines makes it to India. Although the base diesel engine is available with a manual transmission and two-wheel-drive, the India-spec Evoque is likely to be automatic and all-wheel-drive only.

The improvements to the 2020 Range Rover Evoque have made it more technologically advanced. It is likely to be better placed to compete with the Audi Q3, BMW X1, Volvo XC 40, and the Mercedes-Benz GLA. Given its major strides in refinement and electronics, we expect the Evoque to be priced higher than its predecessor, which costs between Rs 52.06 lakh and Rs 69.53 lakh (ex-showroom Delhi).