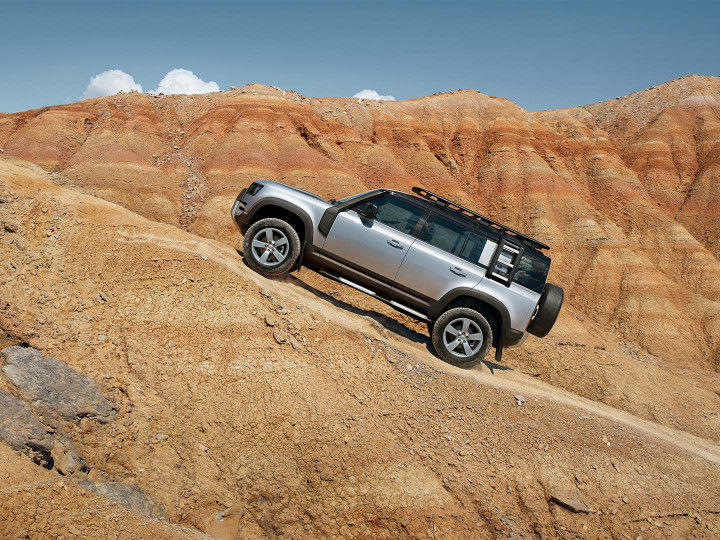 The new-gen Land Rover Defender marks the rebirth of an icon. Known for its off-road prowess and long heritage, we bet most of you would want to own one. And to satisfy Land Rover enthusiasts in the country, the manufacturer has announced that the iconic Defender will be launched in India on October 15.

Some of you may recall that Land Rover had revealed prices of the Defender petrol back in February. At the time, the British manufacturer stated that deliveries would begin in August. Sadly, the COVID-19 pandemic put paid to those plans. Now that the lockdown restrictions have eased, Land Rover has decided to launch the SUV in the country and we expect deliveries to begin before the end of the year. The Defender will be offered in a total of five variants: Base, S, SE, HSE and First Edition. It would be available in both the 90 (3-door) and 110 (5-door) guise. Here’s the price list that was released in February 2020:

We expect these prices to be revised as we could get the MY2021 model which features a few updates. Moreover, expect Land Rover to offer the India-spec model with a diesel engine as the manufacturer has been updating its portfolio with BS6-compliant diesel engines of late.

The Defender will come with a 2.0-litre four-cylinder turbo petrol engine that develops 300PS of max power and 400Nm of peak torque. Naturally, the Defender being an off-roader, drives all four wheels and comes with an 8-speed ZF automatic gearbox. Land Rover is yet to narrow down a diesel engine option for the India-spec Defender.

For more details about Land Rover’s iconic SUV, click here. The new Defender will be a niche offering in the country and will compete with the Jeep Wrangler (Rs 63.94 lakh, ex-showroom).