KTM Working On A More Affordable Alternative To The 790 Duke 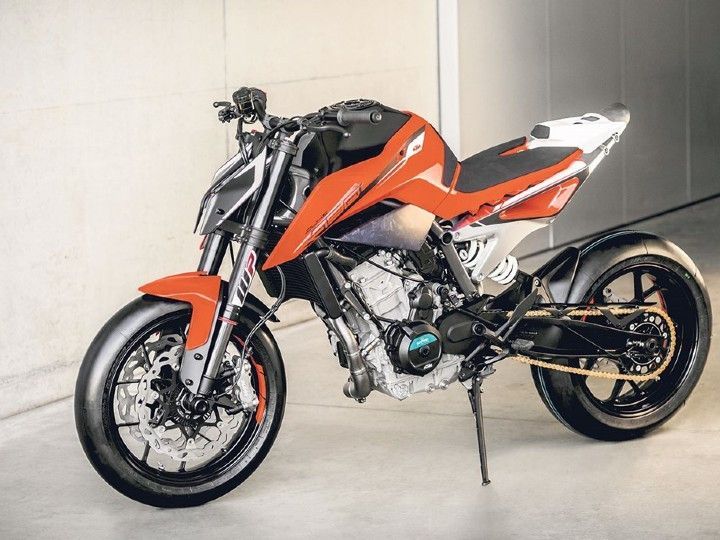 In September 2020, KTM had announced its intent to launch a 750cc lineup. Now, more details have emerged on the company’s future plans. But, first, why does the manufacturer need a 750cc lineup? Let us explain.

KTM is one of the few global manufacturers lauded for its wide range of offerings, starting from puny 125s to monstrous 1290s. Lately, though, it has struggled slightly with its middle-weight segment. First, the 690 Duke was axed. Then, the 790 Duke had to toil as well when the Euro-5 norms came into play.

While the company is developing the 490 twin-cylinder platform, and the KTM 750 range will try to bridge the gap between the 490 and 890.

The KTM 750 Duke will compete with the Triumph Trident 660, Honda CB650R, and Yamaha MT-07. It might also compromise on some electronic aids (like the ones seen on the 890 Duke) to price the new bike more competitively. So, the KTM 890 Duke will be a more premium offering, competing with the Triumph Street Triple R, Kawasaki Z900, Ducati Monster, and the Yamaha MT-09.

For the production of the 750cc motor, KTM will be working alongside the Chinese giant, CFMoto, responsible for the distribution of KTM bikes across China. Expect the 750cc to be a parallel-twin as well, but with a lower peak output of about 95PS (10PS less than what the 790 Duke made).

KTM is known for using the same engine in different bikes, and this time will be no different. In fact, officials had confirmed that the 750cc lineup will include a 750 Duke, a 750 Adventure, and even a Supermoto bike with the same specs.

While these were confirmed last year, plans certainly seem to have escalated now. KTM could showcase its 750cc bikes in 2022, and their launch could follow suit. Considering these should abide by Euro-5 norms, we expect them to come to India. After all, the country is one of the biggest markets for the Austrian brand.

It’s too early to comment on the price. However, we know KTM manufactures most of its bikes at Bajaj’s Chakan plant, so one can expect pretty competitive pricing, lower than the 790 Duke’s. That said, it remains to be seen if KTM can localise the components, which would result in a significant price reduction.

*Images for representation only