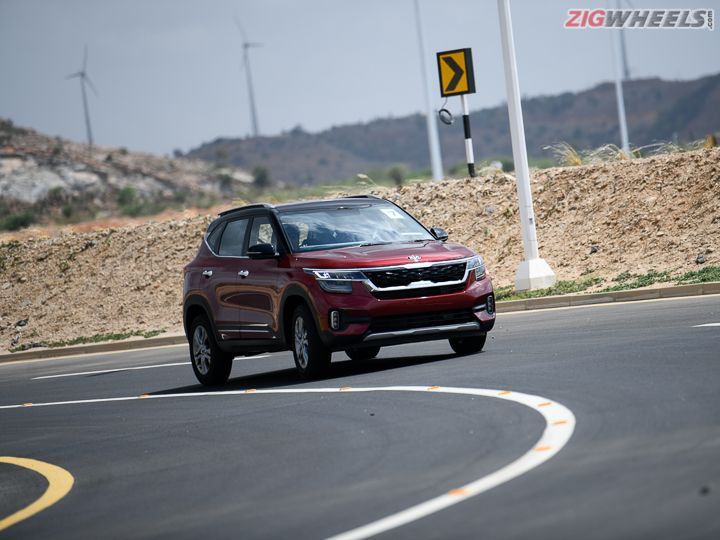 Kia’s debut product for India, the Seltos, has generated quite a buzz in the Indian market and, amidst major slowdown, seems all set for a promising start. An indicator of this was the fact that It raked up over 6000 bookings in just one day after its unveil. While Kia revealed a lot of details of the SUV at its official unveiling, the manufacturer kept mum regarding its size and performance. Now, though, we have received the official figures of the upcoming compact SUV.

The Kia Seltos comes with three engine options: a pair of 1.5-litre diesel and petrol engines and a 1.4-litre T-GDI turbo petrol engine. All three engines will be BS6-compliant at launch. And while they all come with a 6-speed manual as standard, the automatic transmissions on each of them are different. Kia also claimed that all transmissions have a durability of 3,06,000km.

Let’s have a look at how the three engines fare on paper.

The 1.4-litre T-GDI is the range topping engine in the Seltos lineup. It produces 140PS of power, making it the most powerful in the Seltos range. Its 242Nm of torque falls just shy of the diesel’s by a whisker. Transmission options include a choice of 6-speed manual or a 7-speed DCT gearbox. And if you are a spirited driver, this engine is the one to go for as its 9.7 seconds to the 0-100kmph dash is the fastest in the lineup. But with great performance comes some compromises. The Seltos turbo-petrol is the least fuel efficient here, albeit by just a small margin.

The 1.5-litre Naturally Aspirated (NA) petrol produces 115PS of power and 144Nm of torque, which makes it the least powerful in the Seltos lineup. While a 6-speed manual is offered here as well, the NA petrol makes do with a CVT gearbox, unlike the T-GDI Seltos. Then there’s the 0-100kmph dash which is the slowest of the lot at 11.8 seconds. But when it comes to ‘Kitna deti hai?’ the Seltos NA petrol manages to beat the Seltos T-GDI by a small margin.

The 1.5-litre diesel engine in the Seltos develops an equivalent 115PS as the NA Petrol. But its 250Nm of torque is the best in the Seltos lineup. Yes, you get a 6-speed manual here as well. But if it's an automatic that you want, the diesel variant comes mated to a 6-speed torque converter. The Seltos diesel does the 0-100kmph dash in 11.5 seconds and as with almost all diesels, is the most fuel efficient of this bunch.

But SUVs mean attitude and size. Let’s see how the Seltos fares in terms of dimensions when we pitch it against its closest rival, the Hyundai Creta.

As seen in the above table, the Seltos beats the Creta in almost all dimensions except height. It also has a bigger boot when compared to the Hyundai Creta.

The Kia Seltos is slated to launch on August 22 and will be available in two trim levels: HT Line and GT Line. Prices for the Seltos are expected to begin from Rs 10 lakh and go up to Rs 16 lakh (ex-showroom pan India). The Seltos rivals the Hyundai Creta, Tata Harrier and MG Hector.

Stay tuned to ZigWheels for further updates on the Seltos.