Kia's Next New Offering To Be A Hyundai Alcazar Rival?

We thought it was an MPV, but the spy shots hint at a 7-seater Seltos! 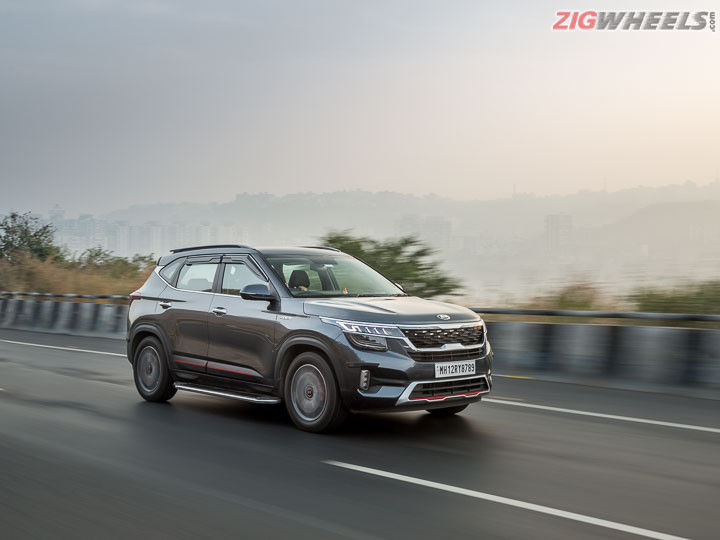 At Kia’s ‘Big Event’, the carmaker announced it will foray into a new segment in early-2022. Initially, that led us to believe that it could be a Marazzo-rivalling MPV, but spy shots have hinted at something else. A Seltos-based 7-seater, which will lock horns with the Tata Safari, MG Hector, and importantly, the Hyundai Alcazar. Let us explain:

For context, here is a comparison of the Seltos and the upcoming Kia 7-seater SUV:

You can see that the A-pillar and front doors are similar. Also, like the Harrier-based Safari, we see a taller roof, which will result in more headroom for the third-row occupants. And like the Creta-based Alcazar, the 7-seater Seltos could come with a larger backdoor and a restyled rear end.

Look closely at the roof rails in the image above. There’s a slight difference here -- the 7-seater model’s roof rails extend towards the windscreen, much like the Alcazar. The front fascia styling should be similar to that of the Seltos, probably with a restyled front grille and bumper for distinction.

Kia has yet to reveal more details about the upcoming SUV, but we reckon it would borrow the Alcazar’s underpinnings. So, the 2,760mm long wheelbase (longer than the Safari and Hector Plus) should translate to a spacious cabin, particularly comfortable for middle-row occupants. And like its Hyundai sibling, the Kia might choose to offer it as a 6-seater (with captain seats) and a 7-seater (with bench seats) for the middle-row passengers. Even the 151-litre boot could remain the same.

The engines -- a 159PS 2.0-litre petrol and a 115PS 1.5-litre diesel -- will likely be shared with the Alcazar. A 6-speed manual will be the standard transmission, along with an optional 6-speed automatic.

In typical Kia fashion, the upcoming model will come loaded to the gills. Likely features include a large touchscreen infotainment system, connected car tech, a panoramic sunroof, Android Auto and Apple CarPlay, rear sunshades, a Bose sound system, and a head-up display. Passenger safety should be taken care of by multiple airbags, ABS with EBD, a 360-degree camera, electronic stability control, and a tyre pressure monitor.