Hyundai Tucson To Receive A Facelift; Launch This Festive Season 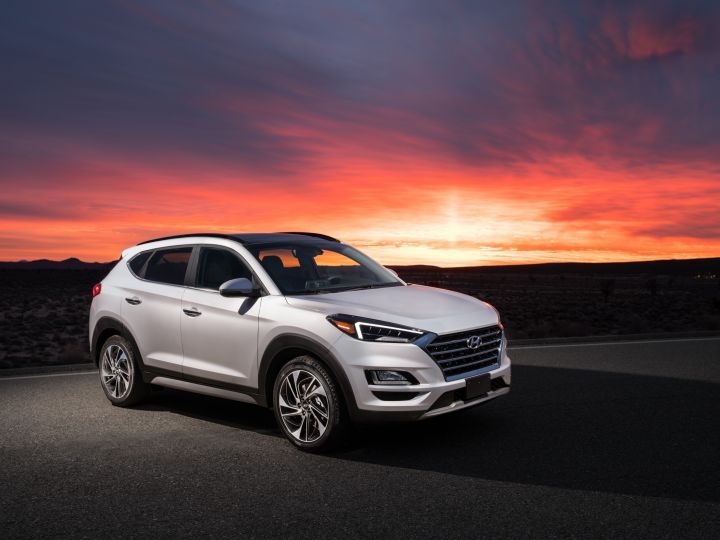 The mid-size SUV space has been very busy of late with every other manufacturer eyeing on a slice of the pie. Hyundai, meanwhile, will be giving the Tucson a much-needed facelift to make it stay relevant against its new and entrenched competition.

The facelift was first unveiled at the New York International Auto Show. The newest version of the cascading grille has made its way in the Tucson while the headlamps also feature a minor revision, making them more edgier. Front bumper is now sharper while the fog lap housings have been redesigned with new LED DRLs. Side profile of the SUV remains largely similar to the current iteration while the rear end sees some changes in the form of new lower bumper design and LED tail lamps. Meanwhile, the interiors get some substantial changes, starting with the new touchscreen infotainment system that is positioned up high. The whole layout has been given a revision along with new instrument cluster making it cleaner than before. The steering and the lower dashboard design though remains similar to the current generation.

Some impressive features expected to be offered are a Krell sound system, wireless phone charger, an 8-inch floating touchscreen infotainment system with Apple CarPlay, Android Auto and Bluetooth connectivity. The facelifted Tucson will also come with BlueLink connected car features that debuted in the Venue.

The 2.0-litre R diesel engine is expected to be continued, but will be updated to comply with BS6 emission norms. Output figures for this engine are 185PS and 400Nm. Markets abroad also use the same engine with a 48V mild hybrid system that generates up to 16PS of additional power. The 0.44kWh lithium-ion polymer battery pack is charged by regenerative braking using the electric motor for deceleration. The 2.0-litre petrol unit that makes 155PS of power and 192Nm of peak torque is also expected to be retained, although BS6-compliant. A 6-speed manual/automatic gearbox will be the transmission options on offer.

Currently the Tucson in India is priced between Rs 18.77 lakh to Rs 26.97 lakh (ex-showroom Delhi). The facelifted version is expected to be priced similarly and will take on the Jeep Compass, XUV500, Tata Harrier and the Volkswagen Tiguan.