Hyundai had silently teased the i20 N in a video 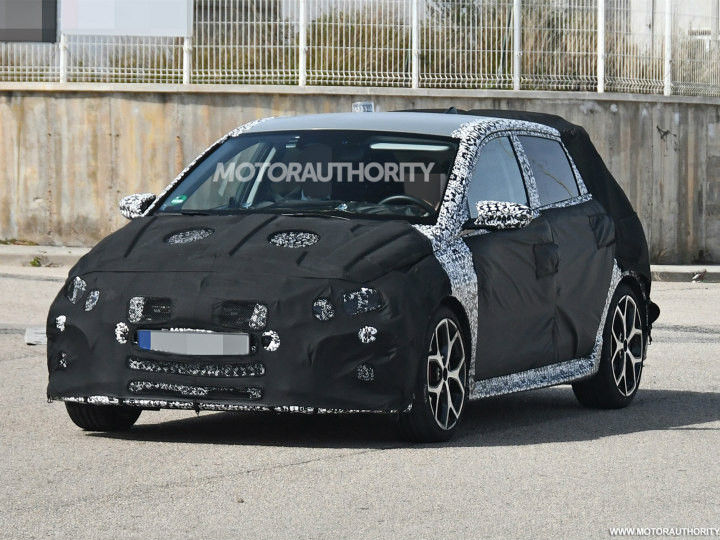 Earlier this month, Hyundai released a teaser of what could be an aggressive N variant of its next-gen i20 in a YouTube video. And now, we have a better look at the upcoming hot hatchback in some spy shots.

While the prototype spied testing had heavy camouflage all around, the i20 N sports many design cues similar to the teaser image. It starts off with a near-identical silhouette to the 2020 i20 with the carmaker’s Sensuous Sportiness design language but differentiate itself with bits like a different front fascia and a larger set of wheels. Other talking points include a roof spoiler covered in camouflage and a dual exhaust setup.

We already know that the next-gen i20 comes with equipment like a 10.25-inch floating touchscreen infotainment system merging with a digital instrument display, Android Auto and Apple CarPlay connectivity, Blue Link connected car tech and LED ambient lighting. The ‘N’ variant is likely to get exclusive upholstery with red accents like the exterior and minor tweaks to the pedals.

The standard i20’s most powerful engine is a 1.0-litre T-GDi motor delivering 120PS, paired to a 7-speed DCT or a 6-speed manual transmission and a 48V mild-hybrid system. It is likely that the N  variant will get a more powerful motor, exclusive driving modes as well as chassis and suspension tweaks. Meanwhile, the India-spec 2020 i20 will be powered by two BS6-compliant engines from the Venue: a 1.0-litre T-GDI turbo-petrol and a 1.5-litre CRDI diesel unit.

While there is no word on a launch timeline for the i20 N, we expect it to debut towards the end of this year or by early 2021. On the other hand, Hyundai could debut the next-gen i20 in India around August 2020 with a hefty premium over the current hatchback that is priced from Rs 5.60 lakh (ex-showroom) onwards. It will rival the likes of the Tata Altroz, Maruti Suzuki Baleno, Toyota Glanza as well as the Honda Jazz.