The Creta facelift packs in tweaked looks and new features, while running the same engine/transmission combinations 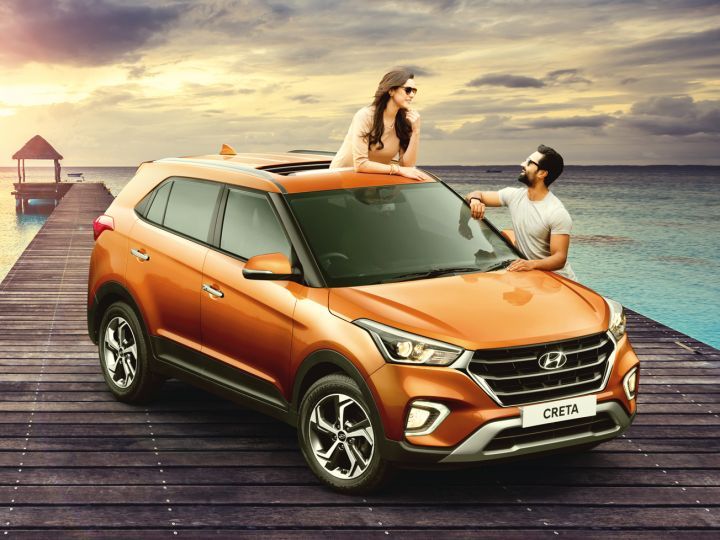 Hyundai has launched the much awaited Creta facelift at a starting price of Rs 9.43 lakh for the 1.6-litre petrol. This price is about Rs 15,000 more than the older model. The diesel 1.4-litre starts from Rs 9.99 lakh, same as before, and the 1.6-diesel starts from Rs 13.19 lakh with the top model now being priced at Rs 15.03 lakh. A detailed breakup of the prices is given below.

First up, what’s new. On the outside the Creta facelift gets the Hyundai family cascading grille along with reworked bumpers, headlamp clusters with bi-functional projector headlamps and new LED DRLs. From the side, you now get new 17-inch diamond-cut alloys and at the back is a new bumper, skid plate and new taillights. While the car overall remains the same, the new elements add a bit of aggression to the design which should result in better road presence.

Inside, you get the same interiors. But now, sitting on the dashboard is a 7-inch touchscreen with capacitive touch. It supports Android Auto, Apple CarPlay and MirrorLink with inbuilt navigation among other connectivity options. The talking point though is the electric sunroof, which is available in the SX Automatic variant. Other than that, you now also get 6-way power-adjustable driver seat, cruise control, a new Smart Key Band which has an inbuilt fitness tracker, and a wireless phone charger, which is quite a handy addition. You can also now get a new Tangerine Orange Interior Colour pack with the dual-tone exterior colour option.

In terms of safety, the Creta facelift still gets 6 airbags, with dual airbags with ABS and EBD being standard across the range, Hill Assist Control (HAC), “stating bending” lights and (ISOFIX) child seat mounts.

The 2018 Hyundai Creta facelift is available in 7 single-tone exterior colours and 2 new dual-tone colour options: Blue/Orange and Orange/Black. The SUV will still rival the likes of the Renault Duster and the Maruti S-Cross.

You Can Now Get The Entry-Level Hyundai Creta...