Husqvarna surprised us at the India Bike Week with the debut of these two motorcycles! 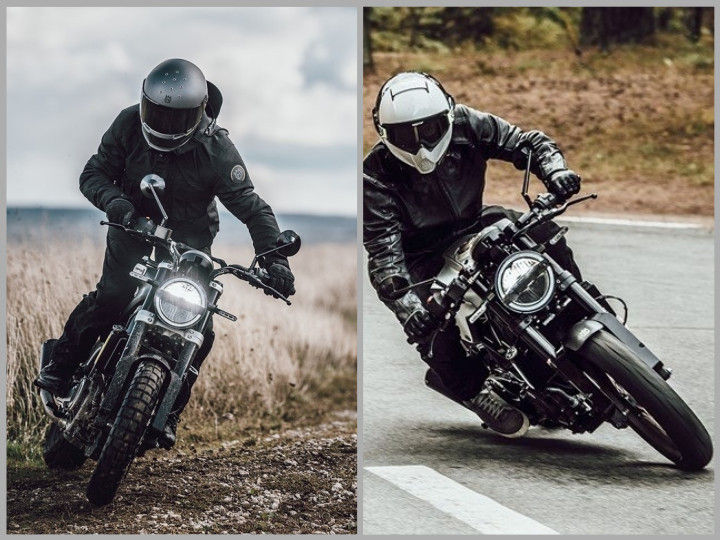 While we were all eager to get a first look of the fabled Husqvarna Vitpilen 401 and Svartpilen 401 at the India Bike Week in Goa, the Swedish brand decided to give us the 250cc twins instead. Interestingly, this is the global debut of the two motorcycles that are designed specifically for the Indian market. So what exactly are these two bikes all about?

The two quarter-litre Swedes will go on sale from February-end 2020 onwards. Expect the Svartpilen 250 to be the most affordable model with a price tag of around Rs 2.3 lakh whereas the sportier Vitpilen 250 is likely to cost about Rs 2.5 lakh. Both ex-showroom Delhi. KTM showrooms will be upgraded to sell motorcycles from both KTM & Husqvarna.

250 twins get identical design language as their 401 counterparts

Both the Vitpilen 250 and the Svartpilen 250 get the same bodywork design as their 401 counterparts. That’s a good thing because even the smaller bikes get the same exotic-looking sleek lines all over the bodywork. So as far as the design is concerned, the two bikes do look as premium as the 401 twins.

The Vitpilen is essentially a cafe racer with clip on handlebars, a clean-looking fuel tank, and road-biased tyres. On the other hand, the Svartpilen 250 is a scrambler with block pattern rubber, raised handlebars and a tank rack. As far as features are concerned, both bikes come with an all-LED lighting system and a fully digital instrument cluster.

Both bikes share their engines with the KTM 250 Duke

The Husqvarna Vitpilen 250 and the Svartpilen 250 use a 248.8cc single-cylinder fuel injected liquid cooled engine which churns out 31.4PS at 9000rpm and 24Nm at 7250rpm. The KTM 250 Duke also makes the same output figure, and even the bore and stroke values are the same (72mm and 61.1mm respectively). The motor is mated to a 6-speed transmission. While the 250 Duke features a slipper clutch, it is unknown whether the Husqvarna twins do.

The 250cc Husky twins employ inverted fork and monoshock - both from WP. Even the wheel travel (142mm front and 150mm rear) is same for both bikes. We'd have liked it if Husqvarna had offered slightly more travel in the Svartpilen for mild offroading. Consequently, the ground clearance (145mm) remains the same in both bikes.
Interestingly, unlike the 401 twins’ spoke wheels, both bikes get alloy wheels albeit with different design. The wheels are wrapped with MRF RevZ FD radial dual-purpose tyres in the Svartpilen 250 and road-biased MRF RevZ FC1 radial tyres in the Vitpilen 250.

They get the same braking hardware too: 320mm front disc with radial caliper and 230mm rear disc. Dual-channel ABS is standard in both bikes as well.

For a more upright riding position, the Husqvarna Svartpilen 250 gets tall, wide, braced handlebars and the footpeg position is slightly forward compared to the Vitpilen 250. Being a cafe racer, the Vitpilen 250 offers a more aggressive ergonomics thanks to the low clip-on handlebars, apart from the rear-set footpegs. Despite the different ergonomics, both bikes have an 835mm tall seat.

View All
All Upcoming Husqvarna Bikes