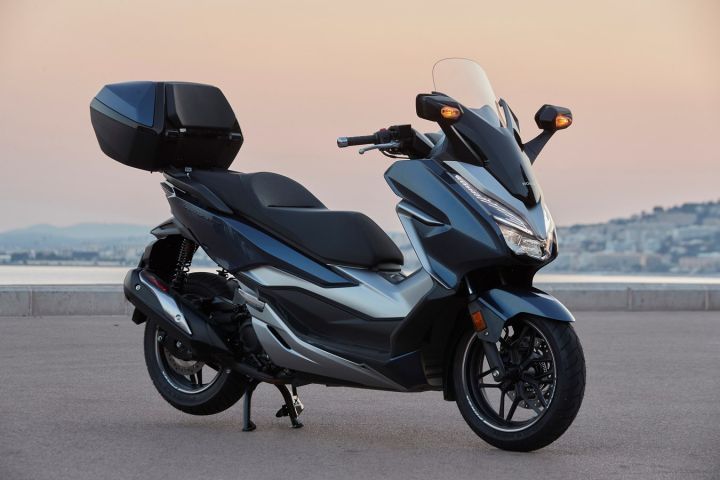 The big-capacity scooter space seems to be gaining some momentum after the launch of the Kymco X-Town 300i in India. The maxi-scooter, launched at a stonking price of Rs 2.30 lakh (on-road Delhi), has created quite some hype for itself, and from the looks of it, Honda wants in on the action too! Sources suggest that the Japanese bikemaker is planning on launching the Forza 300, its own maxi-scooter, in India by December 2019. Honda’s BigWing dealership in Gurgaon suggests that the scooter could possibly retail in India at around Rs 8-9 lakh, which translates to an ex-showroom price of around Rs 7 lakh (ex-showroom).

That’s almost four times the price of the Kymco X-Town 300i. A rather expensive proposition indeed! To put things into perspective, you can get yourself a Kawasaki Z900 or Honda’s very own CBR650R for around the same price. The proposed high price tag could be attributed to the scooter being a CBU (Completely Built Unit) instead of a CKD (Completely Knocked Down) unit. Seems like Honda’s testing the water first, and may bring in the scooter as a CKD if it manages to garner enough popularity.

The Forza 300 packs a ton of features along with a pretty powerful motor. It features an electrically adjustable windscreen, full LED lighting, an analogue-digital instrument console and Honda Selectable Torque Control (HSTC) - a first for a Honda scooter. It has enough underseat space to store two full-face helmets along with lockable storage bins in the front apron. A 12V charging socket comes as standard.

The Honda Forza 300 is currently being showcased at the Honda BigWing dealership in Delhi to gauge customer response. While we’re not aware of the common sentiment, the dealership representatives sounded quite positive when we spoke to them on the phone. So we reckon there’s a high possibility of the scooter making it to India soon. Until then, stay tuned to ZigWheels.