We won’t get the super-scooter here, but these are some similarly priced alternatives 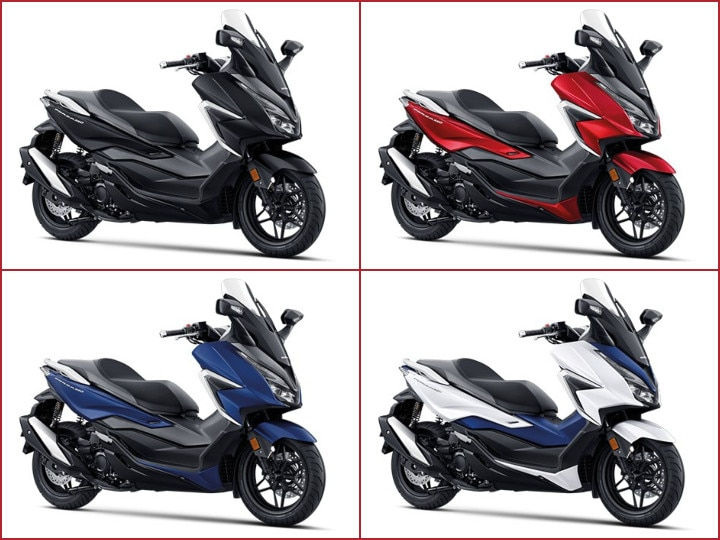 We’re big fans of the Honda Forza 300, mostly because of its formidable 279cc liquid-cooled motor. Now, Honda has introduced an even larger version, the Forza 350, with a 329.6cc engine that’s Euro 5 compliant! It starts at THB 1,73,500, which is around Rs 4.15 lakh, and Honda Thailand also offers a touring-centric variant complete with a top box for THB 1,82,900 (Rs 4.38 lakh). Unfortunately, even though this engine meets BS6 emission norms, we don’t expect Honda to bring the Forza to India anytime soon. But in the meantime, here are some similarly priced alternatives to the super-scooter:

For a lot less than the Honda scooter, you could get yourself a BMW motorcycle! Yes, of course, we’re talking about the G 310 GS. It might be built by TVS here in India but quality and finish levels are as good as you’d see in Munich, and the bike has a beautifully balanced suspension setup too. It also looks quite premium and imposing thanks to its stance and size. The BS4 version was priced at Rs 3.49 lakh. Expect a hike of around Rs 20,000 for the BS6 version that’s coming soon, which we hope will fix some of the engine refinement issues that plagued the old bike.

The Beemer might carry the GS tag, but unfortunately, with its alloy wheels and inadequate suspension travel, it isn’t too great off-road. One bike in this price bracket that is excellent off-road is the Kawasaki Versys X-300. It’s powered by the same 296cc parallel-twin motor as the Ninja 300, but the X-300 rolls on a 19-inch/17-inch wire-spoke wheel combo and packs in a healthy 180mm of ground clearance. Back in the BS4 era, it retailed for Rs 4.69 lakh, and while we’re quite certain that the Ninja 300 will get a BS6 update soon, we’re not so sure if the Versys X-300 will be resurrected. Time will tell.

For a little more cash, you can get yourself a proper big bike in the form of the Benelli Leoncino. With a 500cc parallel-twin heart producing 47PS and 46Nm, it’s got the strongest engine on this list, and it’s accompanied by a pretty sweet soundtrack as well. The Leoncino also looks beefy with a massive 50mm upside-down front fork and a pair of gargantuan 320mm discs up front. It’s still due a BS6 update, which should come soon at a premium of Rs 20,000 over the previous Rs 4.79 lakh price tag.