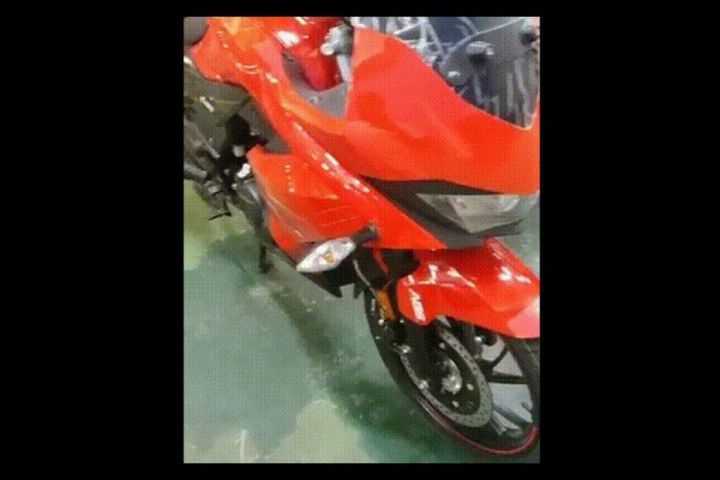 Back in December, we had received news about Hero MotoCorp working on a fully faired motorcycle based on the naked Xtreme 200R. Talks of the next-gen Karizma have been going on for ages but nothing concrete has yet come to the fore. Until now, that is -- as a video uploaded onto Instagram recently is showcasing the new motorcycle.

Hero wanted to make a versatile platform for the 200cc bikes with three products -- Xtreme 200R, the Xpulse 200 and the XPulse 200T -- already ready and a couple more yet to arrive. The last full faired motorcycle from Hero was the Karizma ZMR, which has not received a sizeable update since 2014 (remember that controversial EBR-inspired front end?). However, it is very unlikely that Hero will revive the famed name for the upcoming bike.

Although the details are still a bit sketchy, we figure that the foundations of this fully-faired motorcycle will be the same as the Xtreme 200R. The motorcycle is a capable handler and we expect the same characteristics to filter down to this spied bike as well. The motorcycle still gets a single-piece flat handlebar and no clip-ons, something which the ZMR did get. It does get the same fully-digital instrument cluster that is found on the Xpulse 200.

The motor is going to be the same 199.6cc single cylinder mill but it will be receiving fuel-injection. The reason for enabling this bike with fuel injection is two-fold. First, Hero wants the next set of products to be BSVI-compliant right off the bat. And more importantly, the motorcycle is set to receive a racier tune which Hero aims to achieve by means of fuel-injection. It will carry over the same 5-speed gearbox of the Xtreme but may sport different final drive ratios.

Hero is known to price their bikes quite competitively. The same is likely to happen with this new bike as we figure it could come under Rs 1.2 lakh, ex-showroom. This will definitely prove to be a strong selling point when you consider its rivals such as the Bajaj Pulsar RS 200 and the Yamaha YZF-R15 v3.0 are pushing close to the Rs 1.45 lakh mark.