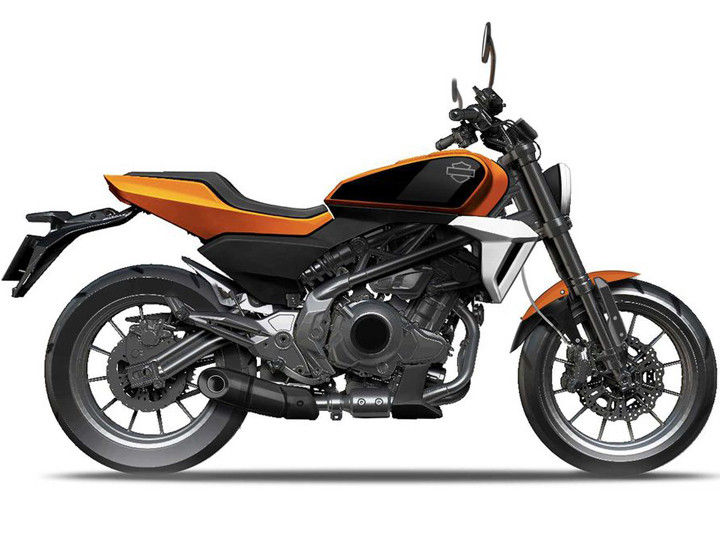 We already know that the upcoming HD350 from Harley-Davidson will be manufactured by QJ Motors (Qianjiang Motorcycle Co), the same company responsible for manufacturing the next generation of Benelli motorcycles. Though Harley-Davidson has kept the development of the upcoming bike under wraps, it did release an early teaser image of the bike in the form of a render. The image showcases the bike equipped with a parallel-twin engine instead of the traditional V-twin, and an underbelly exhaust. Essentially the exact same features seen on the next-gen TNT 300 (a.k.a  QJ350-13).

In other words, the upcoming Harley-Davidson 350 will be based on the TNT 300. Look carefully and you’ll notice the exact same frame, swingarm, disc brakes and possibly the same fork too. What’s likely to change is the engine displacement. Initial plans from the American bike maker revealed that the new entry-level Harley would sport a 338cc parallel twin. While the configuration will remain unchanged, the displacement may be increased to 353cc instead.

What also adds weight to this theory is the fact that Harley signed off on the design freezing ceremony of the bike where the motorcycle was labelled the ‘HD350 Project’ instead of the original HD338 name. According to the type-approval documents filed by QJ Motors, the QJ350-13 or 2021 TNT 300 packs a 353cc parallel-twin motor that makes 36PS, 2PS less than the BS4 TNT 300. A bigger displacement engine and drop in performance are a usually clear indication of a cleaner engine that comply with Euro 5/BS6 emission norms.

While the engine and mechanicals are likely to be shared with the QJ350-13, Harley may change the acoustics of the exhaust in order to make it sound more like American muscle. Another obvious differentiator would be the overall design which will take inspiration from urban flat tracker-styled motorcycles.

We believe Harley-Davidson may stick to the original timelines for its future products despite the recent change in management. And if this pans out, we could expect to see an affordable Harley for the masses by late 2021 considering the delays due to the global pandemic. Expect the twin-cylinder Harley to be priced between Rs 3 lakh and Rs 3.5 lakh (ex-showroom)