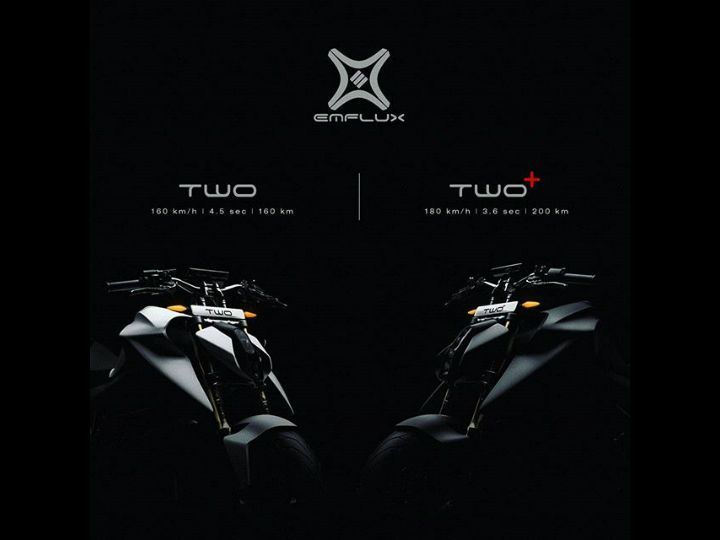 After the Emflux One faired electric bike, the Indian electric start up has now teased the Two and Two+ naked electric motorcycles on social media. Emflux had already teased this naked bike last year but this time round, we have a clearer image plus the performance figures of its two variants.

The Emflux Two is expected to be the most affordable bike here. It accelerates from 0-100kmph in 4.5 seconds, has a top speed of 160kmph and a battery range of 160km. We expect both the Emflux Two and Two+ to get a street-friendly motor tune.

While Emflux has not revealed much about the new bikes, they are expected to have more comfortable and upright ergonomics thanks to the taller and flatter handlebar. Like the Emflux One, the Two and Two+ feature sharp design elements. We expect the bikes to pack the same colour TFT instrument console as the Emflux One. Also, expect LED lighting all around. Given the lack of fairing, we expect both bikes to be lighter than the Emflux One’s 169kg kerb weight.

The Emflux One is expected to be priced in the region of Rs 5.5 lakh. We expect the Emflux Two to be priced around Rs 4.5 lakh and the more exotic Emflux Two+ to cost around Rs 5 lakh. Both bikes could be showcased at the 2020 Auto Expo in February followed by a mid-2020 launch.