Discovering The Rainbow Nation In A 2018 Datsun GO

The Republic of South Africa and Datsun have a lot in common. Let’s find out…. 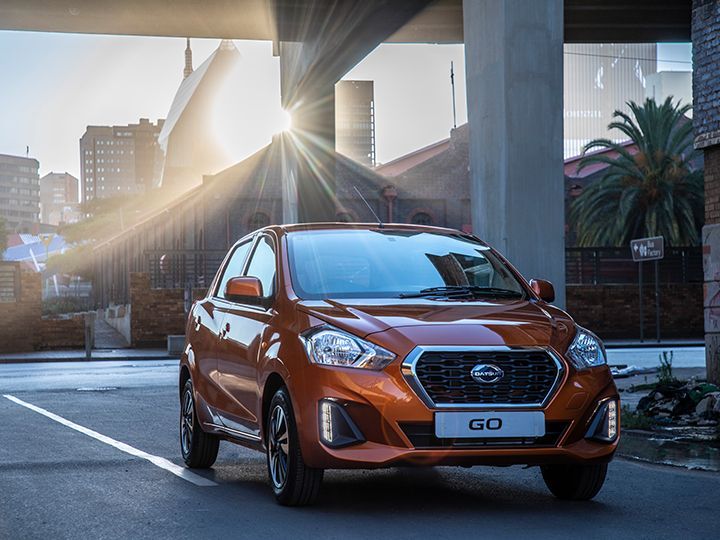 How would it feel to drive a made-in-India car on a foreign land? What would it be like to drive a relatively small car on the wide highways of South Africa? These were some of the questions that were floating around in my head as our aircraft touched down at O. R. Tambo International Airport. This would also be the first time I’d be driving on foreign soil, so there was a good deal of excitement mixed with knots in my stomach.

The updated Datsun GO and GO+ were recently launched in India, and are now on sale in South Africa too, one of the key export markets for locally made RHD cars. Renault-Nissan’s Oragadam plant (Chennai) manufactures and exports both the GO and GO+ there. South Africa, I realised, and Datsun have a lot in common. One of the last countries to become independent nearly 24 years ago, South Africa has been recovering from colonialism and its aftermaths while catching up with the globalised world. Likewise, Datsun, which was resurrected by Nissan not so long ago, is striving to make a mark in the modern automobile era and has big shoes to fill.

The restyled front fascia does make the new GO look sharper and appealing than the pre-facelift hatchback. The new bumper, with the vertically placed DRLs and updated grille, makes a lot of difference and so do the new machined wheels. The drive began from Pretoria, which is one of the three capitals of South Africa, to the Maponya Mall, situated in the township of Soweto. The roads weren’t congested as we started off early and the route involved a lot of super slick and guarded highway miles. The itinerary for the day also involved visiting the FNB stadium before heading back to Pretoria. Like cricket, soccer is the among one of the popular sports in South Africa, so I was excited about taking a tour of the FNB stadium.

As we hit the highway in a convoy, it was pleasing to see varied types of cars, be it coupes, convertibles and even pickup trucks, which are called ‘bakkies’ here. Wish our roads had a similar variety of cars instead of regular hatchbacks, sedans and crossovers. The taxis there are mostly minibuses and Nissan is a big player there with the 18-seater NV350. The traffic is in stark contrast with what we all go through every day here. First off, they rarely honk, so it's quieter! The drivers were really good-mannered as they follow lanes with no tailing. And with wide roads, limited two-wheelers and relatively small population, you hardly see congested roads. Hence, the traffic moves at a comparatively faster pace. The humble Datsun GO was easily dwarfed by pick-up truck-flooded South African traffic. In fact, some of the bakkies were really jacked up!

The Maponya Mall is situated in Soweto and is among the largest malls in South Africa. Apart from being the only shopping complex in Soweto, but it also holds its own importance as it was inaugurated by the late Nelson Mandela. The roads in this town were relatable with rough patches, but I wasn’t complaining much thanks to the Datsun’s ride quality, which is pretty comfortable at city speeds.

We then set off to our next destination, the FNB stadium, commonly known as the Soccer City. The stadium is situated close to the Maponya Mall and is the largest football stadium in South Africa. The FNB football stadium was the venue for the initial and final matches of the 2010 World Cup - Waka Waka!

It was a sight to behold as it is designed to look like a giant African pot and has a seating capacity of over 90,000. Post the FNB stadium, we headed back to Pretoria, where we’d be staying overnight. Since we were a bit tired, we plugged in my phone to the GO’s slick new touchscreen via Android Auto and voila! The integration of Apple CarPlay and Android Auto with a large 7-inch capacitive screen is a clever and smart move by Datsun!

The Datsun GO’s ride felt comfortable and, most importantly, plush when compared to the model sold in India. But since both the India-spec and SA-spec cars are absolutely identical, it should probably be due to the brilliant roads that South Africa seems to have in abundance. The bigger 14-inch wheels introduced with the facelifted model also aid in improving the ride when compared to the previous model. The GO was easily able to hold on to the 120kmph speed limit. It was just on the inclines where I felt the power deficit. But otherwise, the GO did pretty well.

On our second day, we went to a museum to check out some of Datsun’s iconic models. It happened to be the largest privately owned Nissan-Datsun museum outside of Japan. Unlike in India, Datsun was a relatively familiar name when Nissan reintroduced it in South Africa a few years back. It all started with the 1000 sedan which was showcased at the Pretoria Motor Show in 1958.

Situated in Bothaville (around 300km from Pretoria), Freek De Kock owns a humongous property to flaunt his prized possessions. De Kock owns not less than 200 classic Nissans and Datsuns, including all the GT-Rs ever produced and the legendary Datsun 240Z Fairlady!

While it was mind numbing to see all generations of the Godzilla together, especially the R34 Skyline GT-R that was popularised by the movie 2 Fast 2 Furious, what made us feeling like kids again was a pristine example of the Datsun 240Z Fairlady.

From posters on walls to be actually given a ride around in one, the Fairlady was an absolute hoot! Freek has the power to tear apart a silent neighbourhood of Bothaville, an agricultural town known for maize, with the crisp sounding 2.4-litre inline six of the 240Z. Even the cops came, probably due to the loud exhaust, while he was giving rides in the red beauty!

It was not just this red 240Z that we experienced, Freek has several examples of the Fairlady in his collection, including the Datsun 1500 Fairlady drop-top. He has a workshop, stores various parts and likes to restore his cars. It takes a hardcore Nissan-Datsun fanboy to have a collection like this and surprisingly, he started just over a decade ago!

Post our visit to the Bothaville museum, we toured around the city of Soweto to check out its exceptional historical significance, especially during Apartheid. For starters, Nelson Mandela used to live here even after his more than two decades of imprisonment. His home has now become a museum, the Nelson Mandela National Museum, commonly referred to as Mandela House. We also visited the iconic Orlando Towers, the most distinctive landmarks in the neighbourhood of Soweto. These are the decommissioned coal-fired power station that now houses a bungee jumping centre. And that's how we wrapped our final day.

It was amazing to walk through Datsun’s glorious and check out some of the iconic models that the brand is still known for in the flesh. As the trip was coming to an end, the GO impressed me with its nearly perfect city runabout traits. It is spacious, offers a punchy engine and is now feature-rich as well. In fact, the updates that the facelifted GO duo has received are substantial, especially on the safety front, and they have become more appealing than just being functional. With the brand now aiming to come up with more aspirational products than mainstream ones, Datsun’s future certainly looks promising!