Dakar 2019 Preview: Can Anybody Stop KTM This Year?

Will it be win number 18 for the Austrians or can the Jap charge from Honda and Yamaha see the streak come to a dead halt? 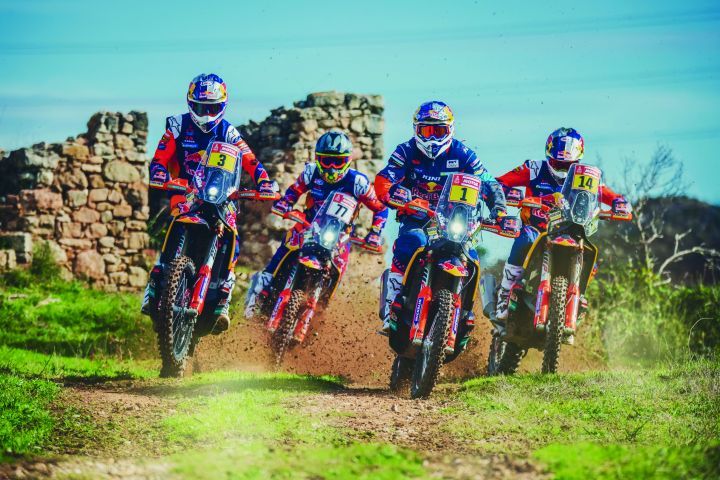 We are just few days away from the start of the 2019 Dakar rally and yet again it is the motorcycle category which has the most entries. With 138 entries, two wheels is where the action is at. And the main talking point remains, will KTM’s winning streak end? And if it does, who will end it?

KTM has been the team to beat at Dakar. The target painted on its back has grown every single year as it lines up in 2019 to chase its 18th consecutive title. And to achieve that target, they have got a formidable team of Dakar winners - 2016 winner Toby Price, 2017 winner Sam Sunderland and defending champ Matthias Walkner. Price was flying in 2016, but was at the end of a nasty crash in 2017 wherein he shattered his femur into four pieces. Nevertheless, he was back on the bike in 2018 and went on to finish on the podium. Sunderland’s patience paid off in 2017 to earn him his maiden victory but he too faced a setback in 2018, putting him out of the rally in the initial stages itself.

Walkner adopted the same “wait, watch and don’t screw up” strategy, like Sunderland, to win the 2018 edition. Given that his two teammates crashed out in the year succeeding their victories, Walkner will try to be a bit more wary this year and not make it three in a row. Rookie rider Luciano Benavides is the fourth factory rider. He would hope to aid the team in the best way possible in 2018.

If the KTM team is formidable, its challengers from Honda are equally fearsome. HRC will be going all guns blazing, having narrowly missed out on victory for the past two Dakars. It will be fielding five factory riders for 2019. Joan Barreda, Ricky Brabec and Paulo Gonçalves are the usual suspects with Kevin Benavides posing the maximum threat to KTM in 2018. HRC also has Chilean youngster, José Ignacio Cornejo who will be desperate to impress the HRC bosses.

HRC was leading the 2017 and 2018 editions at some stages of the rally. In 2017, it made a major gaffe with the fuelling procedure, undertaking the process in a non-designated area which resulted in a major time penalty. Last year, the team was too inconsistent to mount a challenge and Benavides ultimately fell short. HRC’s aim this year will be to get rid of such obstacles and pose a serious threat.

Adrien van Beveren was Yamaha’s champion rider for the past three years running. Yamaha has been in the top ten for few editions, van Beveren aided by Xavier de Soultrait and Franco Caimi. Adrien too led the 2018 Dakar for a couple of days, until he had to bow out of it in the final two days.

Dakar being Dakar, one can never predict anything. And thus you have small players in the grander scheme of things like Husqvarna, Hero MotoSports and Sherco-TVS Racing. They have good riders in their teams to give the factory boys a run for their money. Not to forget, Laia Sanz and other satellite team riders who are equally fast and full of potential. Whatever be the case, come January 6, the mega event begins and it promises to be one of the most fiercely contested.