KTM Spills The Beans About The New 1290 Super Adventure

The new models will get a host of mechanical, electronic, and cosmetic upgrades 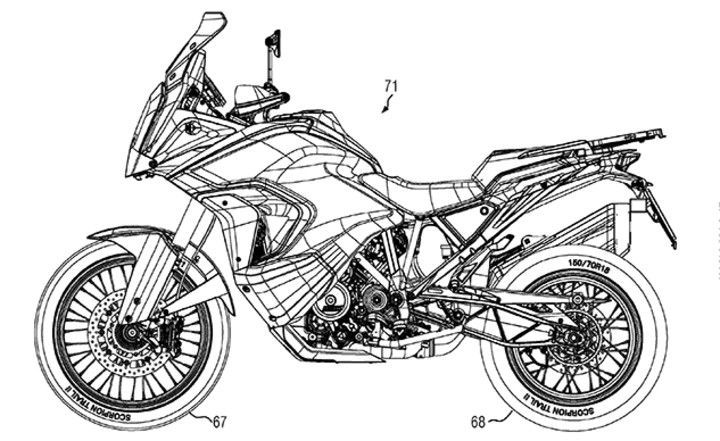 While there has been no news about the 1290 Super Adventure, KTM accidentally went live with the web pages for the 1290 Super ADV R and S models. However, the pages are now hidden.

For 2021, the 1290 Super Adventure’s fuel tank has been redesigned and is lower slung, similar to the one seen on the 390, 790 and the 890 Adventure bikes. The tank capacity remains the same, at 23 litres. Moving ahead, the R variant is likely to get a single-piece seat which measures in at 878.8mm -- 10mm lower than before. Whereas, the S model’s seat is adjustable from 848.3mm to 868.6mm. The airbox design has been tweaked to easily access the air filter. For added cooling, the 2021 1290 Super ADV now features two separate radiators. Also Read: Triumph Speed Triple To Be Launched Soon.

KTM has loaded the new 1290 ADV with electronic goodies. It gets a tyre-pressure monitoring system, lean-sensitive traction control, 9M+ ABS by Bosch, multiple ride modes including an off-road mode with tailored traction control and ABS settings. The S variant will likely have an added adaptive cruise control system. To toggle through all the options, KTM has housed a 7-inch large TFT display.

It houses the same liquid-cooled 1301cc V-twin motor, mated to a 6-speed gearbox. While the power figure remains unchanged, at 162.2PS, torque has reduced from 140Nm to 138Nm. The transmission has been updated to a Pankl unit, similar to the one on the 1290 Super Duke R. The KTM 1290 Super Adventure is anchored by dual 320mm discs with Brembo four-piston radially mounted callipers and a 267mm disc at the rear.

The engine nestles in between a new chrome-molybdenum steel trellis frame. To avoid the front from lifting under hard acceleration, the motor has been tilted 2-degrees forward. The steering head has also been pulled back by 0.6 inches for a shorter frame and the swingarm has been extended by the same length.

KTM hasn’t released the launch details of the 1290 Super Adventure. However, once it makes way to the international market, it’ll compete against the BMW R 1250 GS Adventure, BMW S1000XR, and the Triumph 1200 range of bikes. Interested in a large-capacity adventure motorcycle? Check out our review of the Triumph Tiger 900 Rally.