Here’s Your First Look At The BS6 Force Gurkha

The latest spy shots are of the base variant, considering its barebones and no-nonsense exterior elements 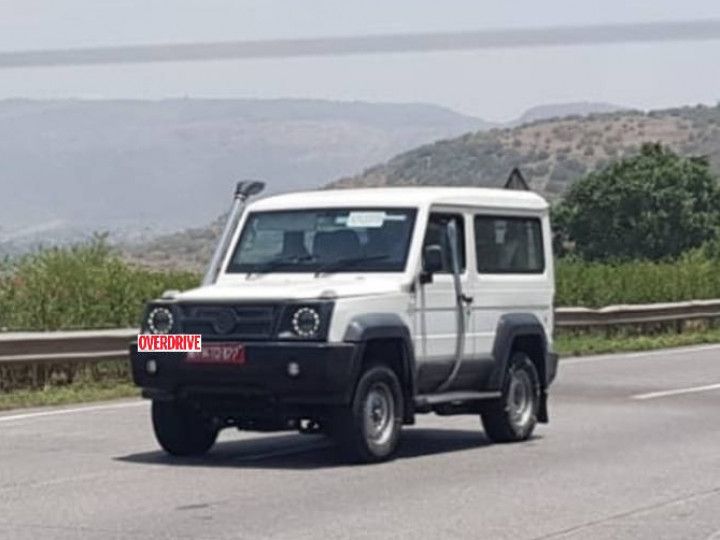 Spy shots of a base-spec Force Gurkha have surfaced online, raising speculation that the off-roader SUV could be offered in more than one variant. The Mahindra Thar rival debuted at Auto Expo 2020, and was supposed to launch by Diwali last year. But its introduction has been deferred indefinitely.

On the outside, the steel wheels are the first giveaway that this is the Gurkha’s base variant. Also, the grille is black and does not get the top model’s body colour finish. Apart from that, there aren’t many changes on the outside. It still retains the same boxy shape and looks, akin to a budget Mercedes-Benz G-Class.

The base Gurkha’s interior is yet to be seen, but we expect it to be sparsely equipped. It may have only the bare essentials like an air conditioner, power steering, dual airbags, ABS with EBD, and rear parking sensors. That said, the top-spec model, too, gets only a touchscreen infotainment system, power windows up front, and remote locking.

Under the hood, the Gurkha will be provided with an updated version of the 90PS 2.6-litre diesel engine coupled to a 5-speed manual transmission. It isn't as powerful as the Thar’s 130PS diesel unit, but the Gurkha one-ups the Thar by offering a manual-locking front and rear differential along with a low range gearbox which will be invaluable for when the going gets tough.

The BS6-compliant Gurkha is expected to go on sale shortly. It is likely to command a premium over the BS4 model, priced from Rs 9.75 lakh (ex-showroom). It will rival the Mahindra Thar and upcoming Maruti Suzuki Jimny.