How does the Endeavour’s new 2.0-litre engine stack up against its rivals? Let’s find out 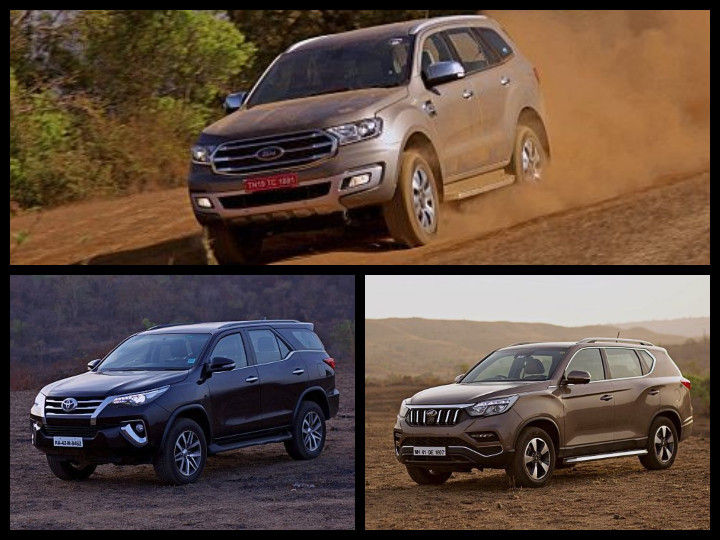 The recently launched 2020 Ford Endeavour comes with a BS6-compliant 2.0-litre diesel engine that replaces the older 2.2-litre and 3.2-litre diesel engines in its lineup. Interestingly, it’s also the smallest engine in its particular segment. But how does its numbers compare when against the Toyota Fortuner and Mahindra Alturas G4? Let’s find out:

The Ford Endeavour’s new 2.0-litre diesel engine is the least powerful in its segment. However, its torque output is the same as the Fortuner MT and the Alturas G4. The Alturas’ 2.2-litre unit is the most powerful in this test while the Fortuner AT is the torquiest. It must be mentioned that the Endeavour’s new 2.0-litre unit is not as powerful as the older 3.2-litre unit. Also, the Mahindra Alturas G4 continues to use a BS4 motor unlike the other two.

Also new in the Endeavour is a 10-speed automatic gearbox. However, if it's a manual option that you’re looking for, the Toyota Fortuner is your only choice in the full-size SUV segment as the Ford and Mahindra are limited to automatic transmissions.

In terms of fuel efficiency, the Ford Endeavour 2.0 returns 13.9kmpl (RWD) and 12.4kmpl (AWD). The AWD figures are at par with the Mahindra Alturas G4.

Thanks to its introductory pricing, the Ford Endeavour sits bang in between the Mahindra Alturas G4 and Toyota Fortuner. But do note that post April 30, Ford will hike the prices of the Endeavour by Rs 70,000, making it similar to the Toyota Fortuner. And while Mahindra’s Alturas G4 is currently the most affordable SUV among the three, expect its prices to go up once it receives BS6 upgrades.

Does the updated Endy perform better than the Fortuner and Alturas G4? Stay tuned to ZigWheels as we’ll bring you the full-fledged review and a comparison test soon.