With its revised pricing, Porsche is taking the fight to the Audi Q5 and the Jaguar F-Pace 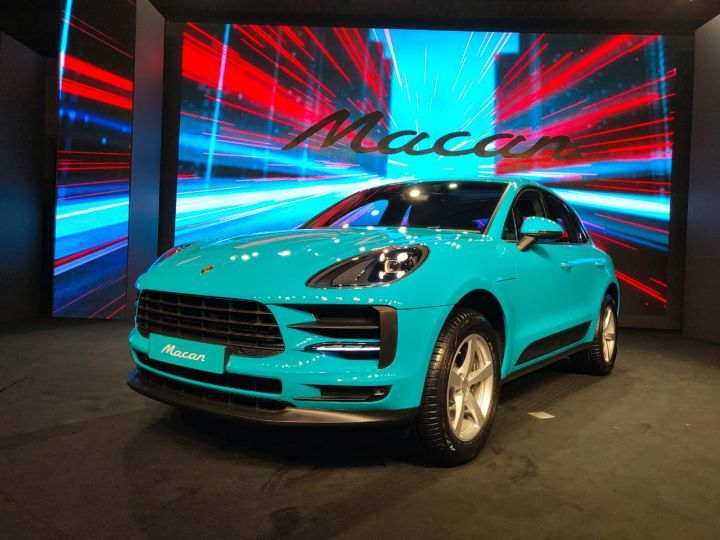 Porsche has launched the 2019 Macan facelift in India at Rs 69.98 lakh (ex-showroom pan India). The revised price tag makes it cheaper by Rs 10.40 lakh compared to the old model. Available in two variants -- the Macan and Macan S -- it is more affordable now, which, Porsche hopes, will make it more suited to grab a slice of the cake from the Audi Q5 and Jaguar F-Pace.

Here’s how the new Macan compares to the old one in terms of price:

The bonkers Macan Turbo that came with the 3.6-litre twin-turbo V6 is not available with the facelift, for now. If you have the need for speed, you’d have to buy the Macan S.

The facelifted Macan looks familiar but different at the same time. The new model now gets revised headlamps that come with all-LED as standard. Then there’s the grille which has been redesigned for a sportier and sharper look. Apart from restyled wheels that can be had in up to 21 inches, the Macan doesn’t get any major changes to its profile. At the back, the Macan now gets connected LED tail lamps with the integrated Porsche insignia a la the new Cayenne and new 911. Apart from the exterior changes, the Macan also comes in four new colours.

Inside, the Macan facelift comes with a restyled dashboard. Dominating the central console is a huge 10.9-inch touchscreen infotainment system that features the latest iteration of Porsche Connect System. The Macan borrows its sleek 3-spoke steering wheel from the recently launched 911. The Macan facelift does not get the twin digital screens and touch controls around the gear lever like other modern Porsches, most probably to keep the costs in check - that is not to say that the interior looks bland.

The Porsche Macan facelift comes with features like online navigation, three-zone climate control, an air ioniser, Android Auto and Apple CarPlay, park assist, lane change assist and cruise control.  And just like other Porsches, you get a whole bucket of customisable options. Few highlights include a choice of two sound systems -- Bose and Burmester -- and a whole host of trim and colour bits inside out.

Under the hood, the Macan comes with two engine options. The standard Macan gets the 2.0-litre turbo-charged 4-cylinder unit that develops 248PS and 370Nm. Meanwhile, the Macan S comes with the 3.0-litre twin-turbo V6 unit that churns out 354PS and 480Nm. Both models come with all-wheel drive and a 7-speed dual-clutch transmission as standard.

Have a look at the table to see how they fare on paper:

Both the models can also be had with the Sport Chrono package. It packs in additional driving and performance aids like launch control, driving modes, upgraded gearbox maps for faster gearshifts, sportier response, dynamic transmission mounts and a stopwatch to time your laps. The standard springs can also be replaced with air suspension along with Porsche Active Suspension Management. This actively adjusts damping force for increased comfort or sportiness.

The Macan can also be had with two of Porsche's Crest service package -- Standard and Elite --  starting from Rs 1.43 lakh and going up to Rs 5.56 lakh.

As mentioned above, the Porsche Macan rivals the Audi Q5 and Jaguar F-Pace. While the older model was indeed an exciting model with the Porsche DNA injected in it, the higher price meant that it was out of reach for most people. But with the introduction of the new model at a more tempting price tag, Porsche hopes to grab more buyers for its baby SUV.

Stay tuned to ZigWheels for the first drive review of the Macan.