Exclusive: 2019 Mercedes-Benz GLE Spied Testing In India Ahead Of Launch 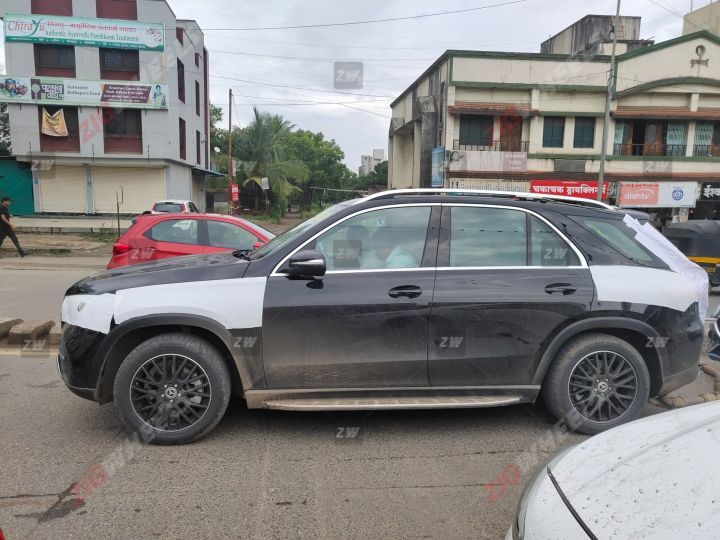 The fourth generation GLE was first unveiled at the 2018 Paris Motor Show and now, it has been spied testing on our shores. Mercedes-Benz will be launching the SUV in India soon as a replacement for the current-gen GLE. Here’s what we could deduce from the spy shots:

The black SUV that you see here was spied while being tested for emissions on Indian roads. The SUV was also seen carrying testing equipment called Real Driving Emission (RDE) analyser that is used to test emission levels. This coupled with the ARAI stickers brings us to the conclusion that the SUV was being tested for BS6-compliance. Mercedes has camouflaged a fair bit of the front and the rear, limiting us from pinpointing the exact variant and engine being tested. Nevertheless, going by the front bumpers, twin-slat grille and the 19-inch multi-spoke black wheels, the SUV seems to be a standard variant and not from the AMG-Line. Also note that these are optional 19-inch wheels which are available as a $500 (Rs 35,000) option in the US market.

Petrol engines on offer include a  2.0-litre 4-cylinder engine with 255PS for the GLE 350 and a 3.0-litre turbo V6 with mild-hybrid tech making 367PS in the GLE 450. All engines come mated to a 9-speed automatic transmission and 4MATIC AWD system.  In India, Mercedes is likely to launch the GLE with BS6 diesel engines first while the petrol versions are expected to follow later.

The 2019 GLE’s cabin is in tune with modern Mercs. A massive pair of 12.3-inch screens acts as the instrument console and the interface for the MBUX infotainment system. The India-spec GLE is expected to feature a panoramic roof, massaging seats, E-Active Body Control, wireless charging and a premium Burmester sound system.

When launched in India, expect the GLE to be priced between Rs 70  lakh to Rs 1.05 crore (ex-showroom). Key rivals include the Audi Q7, Volvo XC90 and the BMW X5.

Snap 'n Win: Got spy pictures or videos of your own? Send them to editorial@girnarsoft.com right away for a chance to win some cool goodies or vouchers.