Jehan Daruvala and Kush Maini managed podium finishes in the final round, but Daruvala's title challenge ended with a whimper. 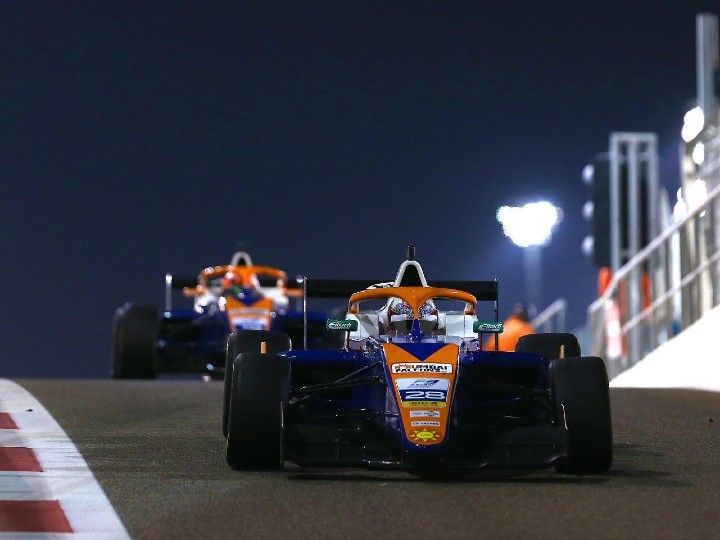 Mumbai Falcons bounced back from a difficult penultimate round of the 2021 F3 Asian Championship by taking podiums in the season finale at the Yas Marina Circuit in Abu Dhabi. Jehan Daruvala's outside chance for the drivers' championship ended after a seventh-place finish in the first of the three races in the fifth and final round. Daruvala's third-place finishes in the second and third race meant he secured the third spot in the standings. Fellow F2 rival Guanyou Zhou won the title, 55 points clear of the Mumbaikar.

While Jehan Daruvala set the third-fastest lap time in Qualifying 1, a three-place grid penalty from the previous round’s race dropped him to sixth on the grid. This promoted teammate Kush Maini to the fourth spot. The opening laps saw Daruvala drop to eighth, whereas Maini managed to hold on to his position. A late-race retirement up front promoted Daruvala to seventh place and Maini to third. The latter finally scored his maiden podium of the season.

The fastest lap times from the previous race saw Daruvala and Maini line up third and fifth for Race 2. This time, Daruvala managed to hold on to his position off the line and stayed there until the chequered flag. Maini was right behind, gaining a position early on to cap a strong finish for the Mumbai Falcons squad.

Qualifying 2 saw Daruvala line up third and Maini eighth on the grid for the final race of the season. While Daruvala applied consistent pressure on Patrick Pasma for the second, he eventually had to settle for the final spot on the podium. Kush Maini had a relatively quiet race to finish just where he started -- at eighth.

By bagging the third spot in the drivers’ standings, Jehan Daruvala got 12 FIA Super Licence points. This is crucial for Daruvala’s Formula One aspirations, considering 40 points are required to be eligible for an FIA Super License that allows the driver to compete in the FIA Formula One World Championship.