These are expensive, fascinating and functional 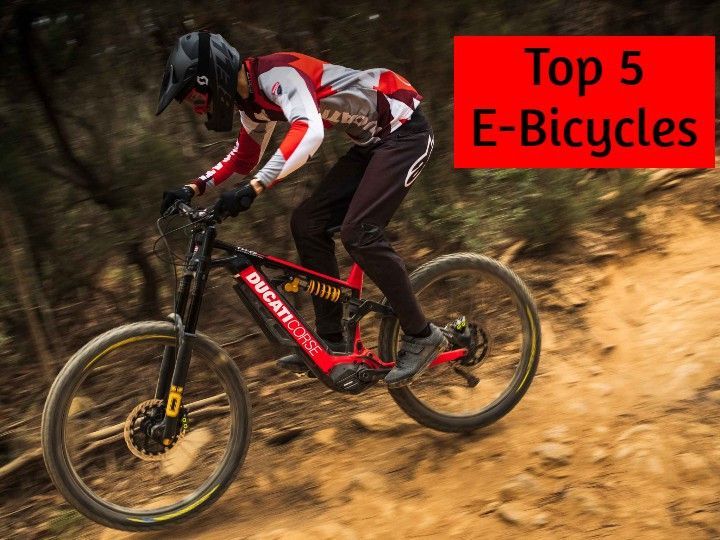 Electric bicycles are fun to ride machines boosted by an electric motor to get you out of sticky situations. It can also be used for short daily commutes. But there are also performance-based electric bicycles manufactured by big brands in the auto manufacturing industry. And here are some of the top five e-bicycles that mainstream automakers sell.

KTM is known for its performance-oriented motorcycles, but when it comes to electric bicycles, KTM does not hold back on the power-packed performance. The KTM Macina Prowler Exonic is an all-mountain enduro e-bike capable of taking on rough terrains and climbing hills.

The e-bike is powered by a Bosch Performance CX Gen.4 electric motor, which produces 85Nm (after reductions) and can achieve a top speed of 25kmph. It is paired to a 750Wh Bosch PowerTUBE removable battery pack. It gets a Bosch 4A standard charger and also features a Bosch TFT digital instrument console on the handlebar.

It is suspended on a telescopic fork with 180 mm travel and a monoshock with suspension travel of 170mm, making it a comfortable bike for trailing. It is priced at an equivalent of Rs 8.88 lakh.

The BMW Active Hybrid E-bike gets a very clean, simple and minimal design and it is perfect for city rides. It is powered by a Brose electric 250W motor that produces 90Nm. It is paired with a 600Wh Li-ion battery pack, and features an integrated display and remote.

The underpinnings of the e-bike include a telescopic fork and discs on both ends for braking. It is priced at an equivalent of Rs 2.57 lakh.

Taking things to another level is the Mercedes-EQ Championship Edition eBike. It gets an extremely sleek and stylish design with motorsport-inspired blue and black colour scheme. Powered by a 750watt dual electric motor, the e-bike produces a massive 130Nm of torque. What’s most interesting is that the e-bike is an all-wheel drive and claims a top speed of 45kmph. It is paired with two 10Ah (20Ah in total) battery packs that claim a range of 120km.

The e-bike features an LCD display integrated into the handlebar which shows the odometer, speed, battery percentage and tripmeter. Apart from that, it is suspended on a telescopic fork and is anchored by hydraulic discs on both ends.

The Ducati MIG-S is an all-mountain electric bike that is meant for trailing and off-road adventures. It is powered by a Shimano 250 Watt electric motor capable of 85Nm and is paired to a 630Wh battery pack.

Underpinned by an alloy frame, the MIG-S gets a telescopic fork with 150mm of travel and a monoshock with 140mm of suspension travel. It also gets 203mm disc brakes with 4-piston callipers. It features a Shimano LCD display with a remote controller on the handlebar.

It’s priced at an equivalent of Rs 4.64 lakh and is not available in India.

The Porsche eBike Cross is an offroad electric bicycle that is powered by a Shimano Steps electric motor, which produces 85Nm, and can achieve a top speed of 25kmph. It is paired with a Shimano 504Wh battery pack, which can offer a range of upto 100km.

The e-bike comes packed with a Shimano colour display, which shows speed, distance, and range in real time. It also gets three ride modes: Eco, Trail and Boost. It comes suspended on a USD fork with 100mm of spring travel. Anchoring the e-bike is Magura MT high-performance disc brakes on both ends.

The e-bike is priced at an equivalent of Rs 6.75 lakh.