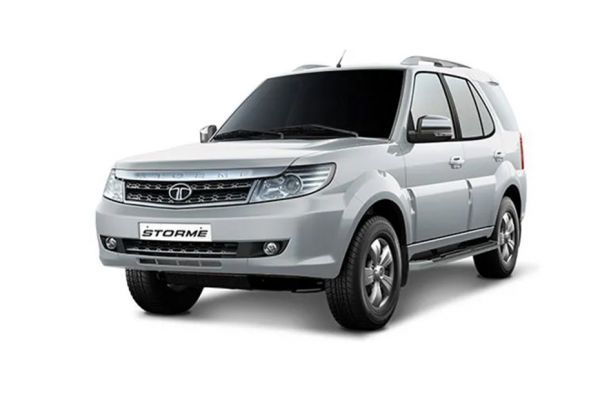 Interested in the Tata Safari Storme? You can now get it (in the month of July 2018) with first year's insurance at Re 1 and discounts ranging from Rs 20,000 to Rs 30,000. Check out the discounts offered on Safari Storme for this month.

The Tata Safari Storme has replaced the Maruti Gypsy in the Indian Army. Recently, a triple digit order has been placed by the Army for the Safari Storme and it is expected to multiply by vast figures in the near future. There will be some structural changes in the Safari Storme for the Army as it will have to endure harsh environments.

Under the hood of the Tata Safari Storme is a 2.2-litre, turbocharged diesel engine. This engine is available in two states of tune, with the more powerful one produces 156PS of power and 400Nm of peak torque. The other one churns out 150PS of power and 320Nm of torque. The former one is mated to a 6-speed manual whereas the latter one gets a 5-speed manual.

In terms of features, the Storme disappoints as it misses on a rear camera and only gets parking sensors and a single DIN unit audio unit with Bluetooth, AUX and USB connectivity in the age of touchscreen infotainment systems. It doesn't even get the audio systems from smaller cars like the Tiago and Zest.

The Tata Safari Storme gets slightly more grunt under the hood. We find out if it makes the old brute a better car to drive.