Tata Safari: Top 10 Commercials Which Are Hard To Forget

Bidding adieu with a heavy heart, we remember the Tata Safari and its unique and inspirational commercials which made everyone of us want one at some point or the other 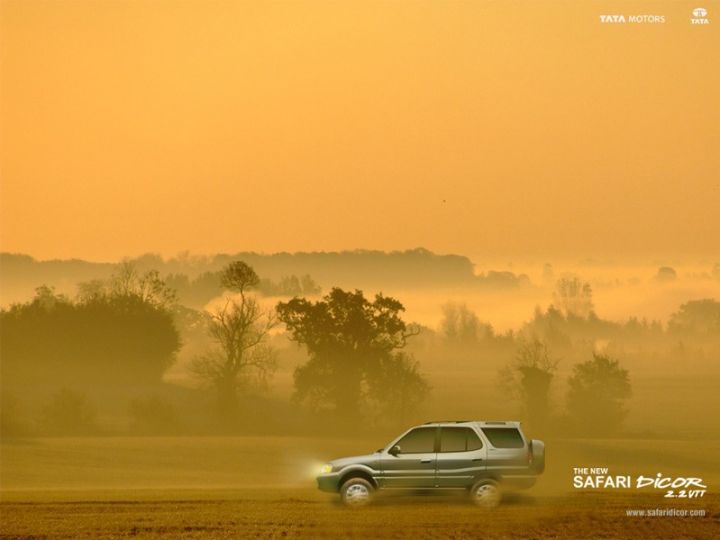 The original Tata Safari has been laid to rest. For a lot of us, it was not just a name, not just a car, it was a bunch of happy, muddy memories. If someone asked me to "go to my happy place", it's possible I would imagine myself behind the steering wheel of a Tata Safari crossing a river or a desert. It was the SUV which taught India that cars can take you places, no matter how far or hard they are to reach. And unlike the modern off roaders in which the electronics "assist" you, the Safari let you remain in control and determine your own faith. Though the Storme lives on, dear Safari, you will be missed.

The Safari was introduced back in 1998 and became the ideal and logical choice for people who were looking to break the fences of the concrete jungle and go play in the wild. Over the past, Tata has come up with some brilliant TV commercials for the Safari which would make you want to go out and get one for yourself even today. Titles like "Reclaim Your Life" and "Make Your Own Road" hit the audience right where it mattered and motivated them to take the road less travelled. As a final adieu to our off-road hero, we have compiled a list of the 10 best Tata Safari commercials which were able to connect with the masses.

1. I Always Wanted To

Definitely my favourite commercial of the Safari, this ad aired back in 2005 when I wasn't even in my teens. Still, the background music and the flying Safari made it my pick. This ad connects to be even better when I watch it now, even though my job is nothing like the poor chaps shown in this clip (evil grin). Take a look.

2. Slavery Is Not Dead

This TVC hits right at the corporate worker who is bound by the shackles of his suit and tie and is tired of living his life 9 to 5. The ads message that the Safari is the right tool they could own to break free was a small, yet sharp and to the point message.

3. Make Your Own Road

Don't you want to be in a position to help a damsel in distress? If yes, then you can depend on the Safari to let you be the knight in shining armour! Although this commercial has no dialogues, it conveys the message pretty effortlessly.

This commercial takes aim at the modern day limitations and boundaries which are created by simple lines. The commercial says that the only lines which matter are the ones you create, a strong message for those who got the point.

While the Safari was initially launched with a 2-litre, 90PS turbo-diesel engine, Tata kept adding more power as the SUV aged gracefully. Later, they plonked the larger, more powerful 2.2-litre Dicor engine. Although this engine produced 190PS and 320Nm, it never felt fast like the ad suggested. However, the extra power sure made it exciting to drive.

6. If You Looked Back On Your Life, What Will You Remember?

This commercial dates back to 2008 and asks a very peculiar question. The answer to which could either make you want a Safari or take the one you already own across unexplored terrains.

One of the most clever TVC of the Safari, this commercial never even shows the SUV, but reads a very clear and simple message. Take a look.

A short commercial shot in the jungle, this TVC contains on of my favourite action sequences of the Safari - the water dive. The SUV takes a jump right into the lake and drives on. I have been wanting to do this for sometime now. Tata, are you listening?

9. Wildlife In The City

This commercial will keep you guessing what it is about. Until the end of it at least, when you see the Safari and realise what it means. Bold and clever.

My favourite Safari dive makes a comeback in the final commercial on this list. Set in Africa, this ad shows the wildlife taking notice of the new beast in the jungle. Check it out.

All of the above-listed commercials are nostalgic and make me want to leave the confines of my office, find myself a Safari and just wander across the border. The Safari was with us for almost two decades and unlike a lot of other SUV that have come and gone, this one will always be remembered in the Indian automotive history.
Thanks Safari, for everything.

Recommended Variant : Safari Storme VX 4x2 Varicor 400
Was this article helpful Yes No
Sorry about that