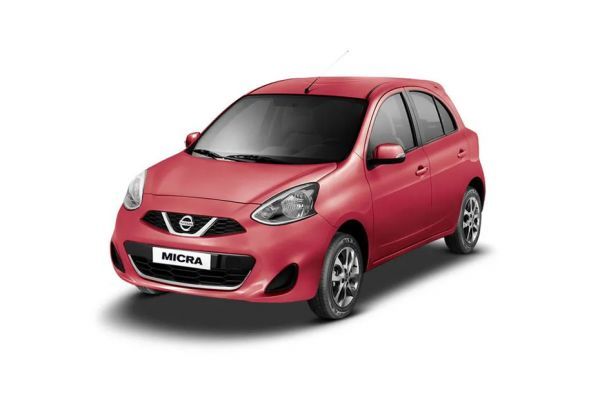 Nissan has updated its Micra hatchback just in time for the festive season. Updates aren’t drastic, and are limited to a few feature additions here and there. Dual airbags are now offered as standard across the range. Other updates include the addition of turn indicators on the wing mirrors, a 6.2-inch touchscreen, rear parking sensors and a reversing camera. Expectedly, engine options remain unchanged - there’s a 1.2-litre petrol (77PS/104Nm) and a 1.5-litre diesel (68PS / 160Nm) to choose from. The petrol is offered solely with a CVT, whereas the diesel is available with a 5-speed manual only.

The 1.2-litre petrol engine that powers the Micra produces 77PS of power and 104Nm of torque. This engine can be had with just a CVT automatic transmission. The 1.5-litre diesel motor, on the other hand, is the same K9K diesel engine that powers a host of Renault’s cars, including the Duster, Captur and Lodgy. However, it has been detuned to produce just 64PS of power and 160Nm of torque on the Micra. The petrol engine has a claimed mileage of 19.34kmpl. Key safety features include dual-front airbags, ABS with EBD and brake assist, engine immobilizer, central locking, follow-me headlamps and dual horn.

Nissan offers the Micra in a total of five variants - three for petrol and two for diesel. There are a total of nine colours to choose from as well. The Micra petrol XL CVT is most affordable of the lot with a price tag of Rs 5.95 lakh. The most expensive variant is the Micra diesel dCi XL Comfort, which is priced at Rs 7.44 lakh (all prices, ex-showroom Delhi).

The Micra’s bubbly looks are based on Nissan’s V-design theme. The Micra’s egg-shaped design may not be to everyone’s liking. However, the bulgy bonnet and headlamps along with the LED tail lights help it stand out from the crowd.

The Micra’s bubbly looks are based on Nissan’s V-design theme. The Micra’s egg-shaped design may not be to everyone’s liking. However, the bulgy bonnet and headlamps along with the LED tail lights help it stand out from the crowd. Step inside and you are greeted to an all-beige cabin which looks spacious. There are chunky dials for the air conditioning controls and although it doesn’t get a touchscreen infotainment system that more affordable cars such as the Renault Kwid feature, the 2-DIN system does come with USB, Aux-In and Bluetooth connectivity options. The top-spec variants get a steering wheel with audio controls borrowed from the Sunny sedan. Other features on the automatic variant include rain-sensing wipers, automatic headlamps and engine start-stop button. The Micra gets a 251-litre boot, which is more than sufficient for a weekend trip.

Hyundai Grand i10 : : The Hyundai Grand i10 is one of the best cars in the segment if you want a no compromise family hatchback for the city. It is compact but spacious on the inside, has some stylish elements on the outside like LED DRLs but the overall design in inoffensive, has a well laid out and practical interior and very efficient but also tractable engines. The only negative factor is that Hyundai has limited ABS, a critical safety feature, to the top end variant only.

Maruti Suzuki Ignis : A Maruti which was supposed to stand out from the crowd with its unconventional looks inside-out, highly customisable exterior and interior, up-to-date features such as a very informative and easy to use Smartplay touchscreen infotainment system, a decent amount of interior space and a fun-to-drive characteristic, the Ignis failed to live up to the hype. The Ignis loses out because of its price, placed at a premium compared to the competition and potentially at par with its bigger sibling - the upcoming Swift!

Mahindra KUV100 : Mahindra's take on the compact hatchback segment with a twist. People love SUVs, so let's give them a hatchback that looks like an SUV! This 'kool' car takes Mahindra's core values of offering value-for-money products and packages them into a small car.

Ford Figo : Among the most value-for-money hatchbacks you can buy right now, it aces the core essentials of features, space and efficiency. Did we mention the diesel is super fun to drive?

Maruti Ignis : It may be quirky, but it’s super fun. It’s got space, is comfortable and is the only one in the segment to offer an automatic transmission paired with a petrol and a diesel engine. It’s not the most affordable, but it’s definitely the most unique.

The 2017 Nissan Micra was showcased at the Geneva International Motor Show. Glen gives us a quick first-look at the new hatchback.