rvmp_similar_cars_slider,rvmp_qna,rvmp_forum_ask_car_owner,rvmp_model_wise_user_review,rvmp_model,rvmp_variant_widget
×
×
Listening Didnt get that
Speak Car or Bike Name 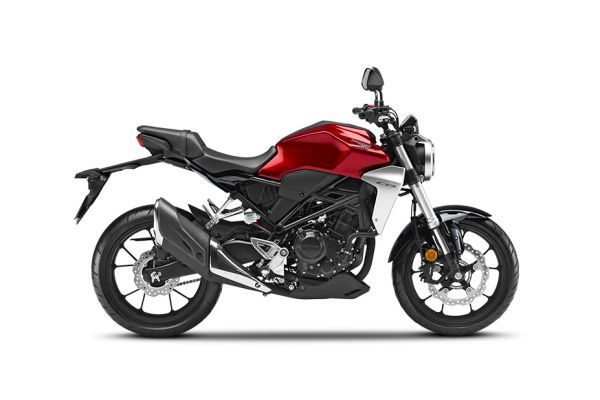 The CB300R along with other sub-400cc Honda models have been recalled in the US. The problem relates to a faulty circlip on the transmission’s main shaft which may uncouple, causing the gears to misalign. Reports state that a total of 3,898 units sub-400cc Hondas have been affected. On a slightly different note, Honda has begun deliveries of the much-awaited CB300R in India. The first lot of bikes have been handed over in Chandigarh, Jaipur, Delhi and Gurugram. The retro naked motorcycle was launched at Rs 2.41 lakh (ex-showroom India). At this price point, it undercuts the likes of the KTM 390 Duke as well as the BMW G 310 R. It will be available at 22 Honda Wing World dealerships across the country.

In terms of design, the CB300R borrows many of its ‘Neo Sports Cafe’ look from its older sibling, the CB1000R, which was recently launched in India. Honda has also launched a number of new accessories to go along with the CB300R. Powering it is a 286cc, liquid-cooled, single-cylinder motor derived from the existing CBR300R. It is detuned for India and thus makes, it makes 30.44PS of power at 8000rpm and 27.4Nm of torque at 6500rpm. The engine comes mated to a 6-speed gearbox.

Being a scaled-down model version of the CB1000R, the CB300R boasts of a huge array of features. This includes an all-digital LCD instrument console, full LED lights, dual-channel ABS and a hydraulic clutch.

Is this the right sub-400cc motorcycle for the matured enthusiast?