Tips to remove rust from motorcycles

Rusting of chrome parts in a motorcycle is inevitable. But proper care and some simple DIY steps can help bring back the shine to your bike 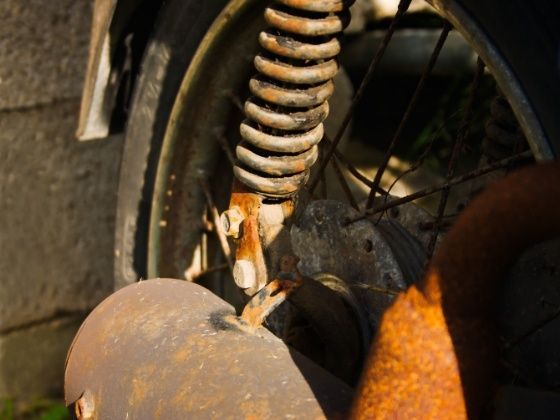 The first step is to prevent rust from forming. Regular cleaning and maintenance should help keep rust at bay. Keeping aside the preachy bit with regard to preventive care, what DIY options do you have if your bike has already developed rust patches?

1. To begin with, wash the affected areas with a motorcycle shampoo and water to remove surface dirt. Wipe the areas dry using a soft rag.

2. Scrape the rust off from the more difficult areas using an abrasive material such as steel wool. Once most of the rust has been removed, switch to a less abrasive material such as sandpaper or Scotch Brite. Take care not to rub too vigorously as it may scratch the chrome or, if you aren’t careful enough, erode the body paint. Use a polishing cloth to remove rust from hard to reach spots.

TIP: An old trick pro bikers recommend is dipping the shiny side of an aluminium foil in Coke or any other cola and then rubbing it on the rusty surface – it works well on small rust patches.

3. Apply chrome polish to get rid of any surface rust to buff out minor scratches. Once you’re done polishing, apply a coat of wax over the chrome areas to protect it from the elements and prevent rust from forming again.

Do not try the above suggested methods in case:

2)      If the bike has turned into a pile of rust and needs heavy restoration, in which case you may have to replace certain parts.

In both scenarios, we suggest you get a professional to inspect the rust and fix your bike.