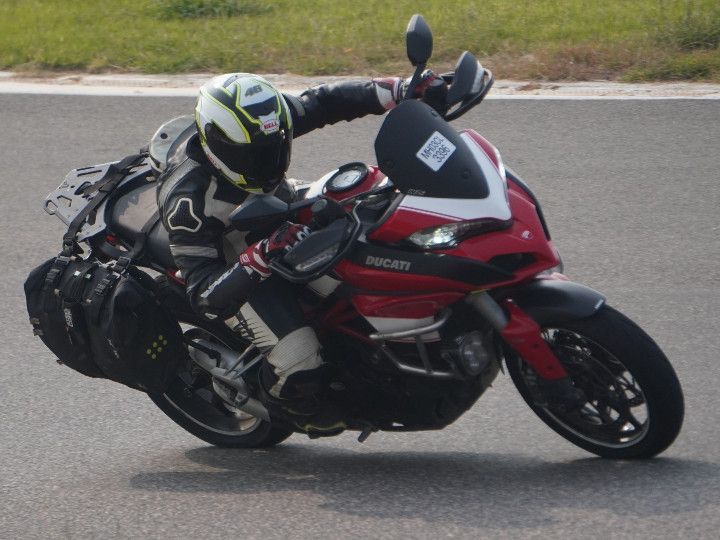 The width of a credit card, that’s the equivalent contact patch for most two-wheeler tyres on Indian roads. And yet tyres are among the most neglected components by a majority of two-wheeler buyers who ride them till they literally disintegrate. No matter how much power an engine makes, how taut a chassis is or how superior the brakes are, if the tyres aren’t good, well, the above parameters don’t count for much.

At least in the performance segment, riders have started appreciating the value of a quality rubber and are investing in a good pair. However, the recent restrictions on imported tyres means that big bike owners were left in a lurch. Vredestein, a premium European brand has entered the Indian two-wheeler space with two new sets of tyres that will address concerns for most of the premium bike owners in India and we got to test ride them at the BIC race track.

Vredestein is a Dutch brand that was established over 110 years ago and is among the key players in the European market. It was acquired by Apollo in 2009 and the Centauro two-wheeler tyres went on sale in Europe in 2019. Apollo Vredestein have two tyre offerings for the Indian market - Centauro ST and the Centauro NS. The Centauro ST is a sport touring tyre with an emphasis on grip and longevity, while the Centauro NS is a more performance-oriented rubber. Here are the following sizes available for the range

We were first asked to ride the Vredestein Centauro ST to get a hang of the track and the tyres. The tread pattern is quite different with dots in the centre groove and for a moment I thought they were some kind of a defect. Apollo engineers informed us that the dots are specifically designed for better water evacuation. I was aboard Shumi’s Ducati Multistrada 1200S and the initial laps of the 15min session were spent just to gauge the feel of the tyre.

Once I started increasing the pace, the tyres responded quickly and I was impressed by the grip offered. The Centauro STs have been benchmarked against the Pirelli Angel GT and in terms of performance, despite being mounted on a mammoth like the Multistrada, they performed really well. My only grouse was a bit of squishiness under hard braking, but it was negligible.

Next up was the NS and I was shaking with excitement as I got to ride the legendary Yamaha R1. Typical of a performance tyre, the Centauro NS sports a limited number of grooves. The NS employs a dual compound technology as seen on the Apollo Apha H1 we tested on the KTM 390 Duke. The dual compound means that it has a softer compound rubber on the edge and a harder compound in the centre for longevity. The first thing I noticed was that it didn’t take much time to gain temperature and one could right away attack corners.

Given my limited skills and the customer-owned R1 meant I was being cautious, but the Centauro NS felt composed and confident throughout the session. It’s benchmarked against the Pirelli Diablo Rosso III and I had recently experienced the tyres on the new Ducati Monster. Compared to the Italian rubber, the Vredestein Centauro NS felt more consistent despite back-to-back sessions which is impressive as we experienced fade on the Rosso IIIs. One more aspect that Verdesitein emphasised is wet grip, sadly we couldn’t test it at BIC, but the company claims that the wet performance of its tyres is much superior than its rivals.

As I mentioned before, we had a 15-minute session with each tyre and this is more of a first impression than a review. The actual test of any tyre is in the real world and over a significant duration, we have requested Vredestein to provide us with the Centauro NS for the same purpose. In the meanwhile you can read our review report of the TVS Eurogrip ProTorq Extreme tyres for the KTM 390 Duke.