We ride the new Mahindra Mojo from Bangalore to Coorg, with the sole aim to find out whether it lives up to the tourer motorcycle tag endowed on it 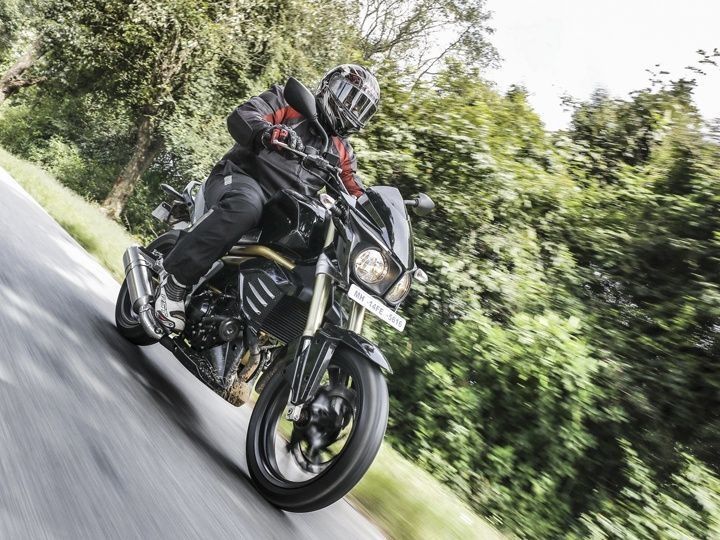 The Mahindra Mojo has to be among the most highly anticipated new launches of 2015 and it was a rather long wait for many motorcyclists. The Mahindra Mojo was first showcased in 2010 with huge fanfare and was unveiled by Bollywood star Aamir Khan. It was kind of a revolutionary motorcycle in 2010 as Indian buyers hadn’t been exposed to such a combination of powerful motor and top notch cycle parts. But Mahindra wasn’t able to capitalise on the initial hype and it took them five years in developing the motorcycle (it was last showcased at the 2014 Auto Expo) before launching it. Much water has flowed under the bridge since then and even the Mahindra Mojo has undergone cosmetic and mechanical updates before hitting production. Also, in these five years many new sub-300cc motorcycles have entered the Indian two-wheeler market to make the task on its hand even more difficult. Have Mahindra Two Wheeler missed the bus in spending five years in developing the Mojo or was the wait worth it? Well, we get you the answer..

Styling is a personal preference, some people like a particular design while others loath it. On an individual note I am not a huge fan of the styling of the Mahindra Mojo and if I was asked to define the design in one word, it would be quirky. The bug-eyed twin headlamp is reminiscent of the Triumph Street Triple and above it sits the LED DRL’s. The windscreen along with the entire headlamp casing has been redesigned and although it’s a huge improvement with respect to the one seen on the concept bike, it still doesn’t flow well with the overall design.

The alloy wheels, sculpted fuel tank, belly pan and the radiator shrouds endow the Mojo with a muscular appeal. The petite tail section is simple and uncluttered. Another interesting design detail is the employment of gold colour on the beefy USD forks, swing arm and ribs (twin pipes running below the fuel tank) do a good job in balancing the design to a certain extent. In flesh, the large dimensions of the Mahindra Mojo endow it with visual mass and it did turn many heads wherever we went. The chunky exhaust muffler is a bit old school in its form but it flows well with the overall design. However, I still would have preferred a single unit as it’s a single-cylinder offering and it would have reduced the overall kerb weight. The Mahindra Mojo employs a semi-digital instrument console with a plethora of details on tap. But on the go, the size of digital display felt a bit small and one needs time getting used to it. Switch gear quality along with fit and finish is very impressive and Mahindra engineers should be commended for their effort.

Powering the new Mahindra Mojo is a 295cc displacement single-cylinder motor churning out 28PS at 8,000rpm and peak torque rating of 30Nm at just 5,000rpm. The powerplant feels refined with a strong mid-range which has been specifically tuned for highway cruising. Acceleration isn’t brisk as the power is delivered in a relaxed manner. The Mahindra Mojo feels happy cruising at speeds between 110 to 120kmph. Post this speed, the engine feels a bit strained and there is considerable wind blast. We feel a tall windscreen should have been offered as an optional extra. High speed stability is also impressive as the bike felt rock solid at triple digit speeds, an aspect that will be highly appreciated by touring oriented bikers. The 6-speed gearbox is average as the shift quality isn't up to mark.

Tell me about riding dynamics?

Seating posture on the Mahindra Mojo is just perfect given its touring specific DNA. Raised handle bars and centre-set foot peg wouldn’t appeal to buyers looking for a sporty riding stance. But the above configuration makes the riding posture extremely comfortable. Another factor that hikes the comfort quotient is the saddle which is large and contoured while being properly cushioned too. Having ridden the Mojo for around 350km through varying terrains and climate conditions we can say that riding comfort is top notch.

If you are looking at a corner craving machine we will suggest looking somewhere else. But if you want to take the sweeping bends the Mojo does a good job and the Pirelli Diablo Rosso II tyres play a vital role in the above. But I felt the front of the Mojo a bit heavy and one has to muscle the bike from one corner to another. The raked out USD forks provide good stability but misses out on agility as we found out on the traffic infested streets of Bangalore as the motorcycle felt top heavy and the 167kg kerb weight, which is significantly high also doesn't help its case.

The semi-digital console has a plethora of details and among the interesting bits is the fact that the rpm indicator displays the exact rev at which the rider shifted the gear. There’s also provision to check 0-100kmph acceleration and the top speed recorded while the addition of shift light is welcome. The switch gear is backlight in an amber shade. The fuel tank capacity is a humongous 21 litre which should result in a full tank range of around 600km which will be extremely beneficial while touring. The Mahindra Mojo employs petal disc brake at front and a convention disc brake at the rear. Braking performance is impressive with great bite from the callipers but we would have appreciated better progression through the levers. Also the rear tyre has a tendency to lock under heavy braking and ABS should have been added. Mahindra officials though confirmed that two-channel ABS would be made available in the near future. The twin exhaust muffler is only for aesthetics but we must add that the exhaust note is throaty and loud.

The Mahindra Mojo is squarely pitched at riders who prefer touring and that is visible in its dynamics. As a touring option it ticks all the correct boxes. But what remains to be tested is reliability in the long run. But given our experience with the Mahindra Centuro it shouldn’t be worrisome. And we would go on to say that it might attract few of the prospective or current Royal Enfield Classic 350 owners. The Mahindra Mojo offers everything what the Classic 350 has on tap and more but where it loses out and the most difficult task on hand is to come close to Royal Enfield’s aspirational value. We might see many matured, born again bikers on a tight budget opting for the Mojo as it has tons of features, relaxed powerplant and comfortable riding dynamics.

The Mahindra Mojo is a honest attempt and does great justice to its touring dynamics nature completely. The refined motor, comfortable riding dynamics, supple ride quality and loaded parts bin makes it a great motorcycle for long distance riding. But the task on its hand isn’t easy as the five year delay means buyers in this segment have loads of options to choose from. Also Mahindra Two Wheelers doesn’t have the dealer network spread and the trust as its rival brands command. Pricing will be a key aspect for the success of the Mahindra Mojo. Because as a product it’s impressive given the goodies it has on offer but buyers in this segment are price sensitive and one cannot discount that fact.