Does the Kia Seltos manage to be the perfect car its spec sheet suggests it is? An exhaustive first drive review should give us the answers 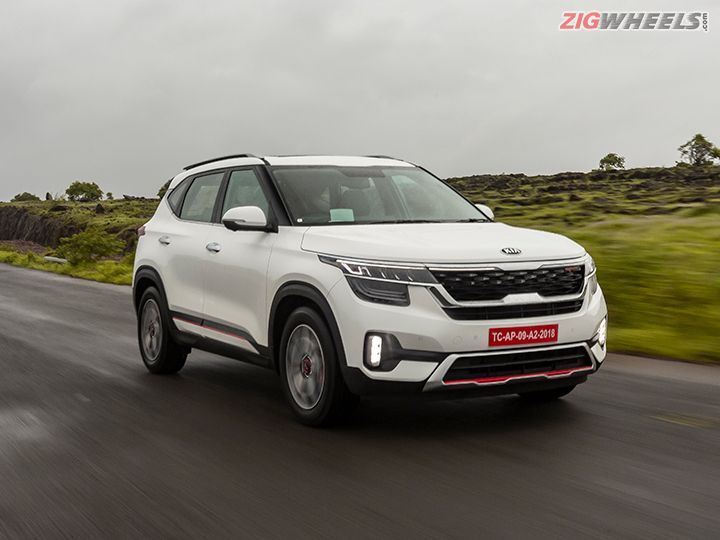 When it comes to humans or even car brands, the first impression is of utmost importance - so important that it can either make or break your image. And this is exactly why the Seltos is so important for the fate of Kia in India. The main rivals of the Seltos are the MG Hector, the Tata Harrier and the Hyundai Creta. All these three cars have their own set of strengths: The Hector is all about tech and features, the Tata harrier has design and rugged appeal and lastly, the Creta is a safe buy. The Seltos, on the other hand, promises to be a combination of all three with an added sprinkle of premium appeal. If Kia has managed to hit that sweet spot, then its rivals have a lot to worry about.

The Seltos might not have the hulking presence of the Tata Harrier but Kia has done a good job of making it look imposing enough. The face of the Seltos is dominated by LEDs - be it the headlamps, the fog lamps or even the indicators. One of the highlights is the daytime running lamps on the top edge of the headlamps - these extend almost all the way to the centre of the grille, which makes the Seltos appear wider than it is. The signature tiger-nose Kia grille is tastefully finished too, as the hexagonal mesh and the knurled finish on the chrome strip looks top-notch.

In profile, the flared wheel arches, the sloping roofline and the strong shoulder line help it look like a proper SUV. In our opinion, the Seltos' best angle is the rear. The combination of the bulging boot lid, the chrome strip that runs across, strong haunches and the wraparound LED tail lamps makes the car look athletic yet elegant.

With the GT Line, you get some cosmetic differences which make the Seltos look cooler. The 17-inch alloy wheels have a sharper design, you get cool red-painted brake callipers and there are red accents added to the chin, doors plastic cladding and the rear skid plate. You also get a GT Line logo on the grille and the boot lid.

The interior of the Kia Seltos impresses, just like its exterior. Sure, the design isn’t original: the upper rectangular section that houses the 10.25-inch infotainment system and the instrumentation is inspired from the Mercedes-Benz E-class, while the air-con vents and the automatic climate control area reminds you of Audis. But when you put it all together, the dash design looks modern and elegant.

In terms of quality, the Seltos misses out on soft-touch plastics but the graining is well executed. Elements like the metal finish on the steering wheel-mounted controls and the gear lever look top-notch. Even the leather-wrapped panel on the dashboard adds to the upmarket feeling.

The powered driver seat of the Seltos is well contoured with good lateral support that helps the driver stay in place. The front passenger seat, surprisingly, offers low under-thigh support as it is placed too low, with no height adjustment on offer, and this could be a sticking point for many potential buyers. As soon as you get in the back seat, you realize that the knee-room on offer isn’t as much as the Tata Harrier or the MG Hector. In isolation, though, it has more than enough space and two six-footers can sit one behind the other without any problems.

The cabin is wide enough for three passengers at the back too, and you also get adjustable headrest for the middle passenger. We wish Kia had also given the middle passenger a three-point seatbelt rather than a lap belt. Under-thigh support for the rear passengers, though, isn’t great as tall passengers will find the bench to be placed a bit low. But other than that, you also get nice elements like sunblinds, rear air-con vents and adjustable backrest which makes the Seltos’s rear seat a soothing place to spend time in.

The Seltos has an abundance of storage spaces inside. Even the boot, at 433 litres, is large enough but the lip is quite high, which makes loading heavy bags a chore. The 60:40 split folding rear seats fold flat, which adds to its practicality quotient.

The Kia Seltos will be offered in a total of 16 variants! How? It has three engine and six transmission options put in along with the long list of variants and the two trim levels. All the engine options are BS6-compliant, though Kia assures us they'll work fine with BS4 fuel and they have tested all these engines for over one lakh km to back that claim.

The complete variant and feature list will only be revealed at launch on August 22nd. But the top variants that we had on the drive were very well loaded. The diesel Tech Line variant gets UVO connected car tech that is similar to the Bluelink in the Hyundai Venue, a 10.25-inch touchscreen system, air purifier with perfume diffuser, ambient lighting which syncs with the music you play to create a party atmosphere, electric sunroof, ventilated front seats, 8-speaker Bose sound system, front parking sensors and dual front airbags. The GT-line, on the other hand, adds curtain airbags, 8.0-inch heads-up display and a 360-degree camera with blind-view monitor. ESP and drive modes are limited to the GT Line petrol DCT variant.

If you want a Seltos with lively performance, you should go for the 1.4GDi petrol manual variant. The 140PS turbo petrol has loads of grunt and it pulls well even from low speeds with ease. It has a wide powerband where it feels strong from as low as 1500rpm, all the way to its almost-7000rpm redline. The combination of the free-revving nature, strong pull and smoothness results in performance that is addictive. Even when you tone it all down, this turbocharged engine feels at home at low speeds. It doesn’t judder and pulls cleanly even in a high gear at low engine speeds. So be it city driving, highway cruising or when you are in the mood to have fun, this engine fits the bill.

Obviously, the most popular gearbox option with this engine will be the 7-speed dual-clutch automatic. The gearbox works well for the most part as it backs the engine's spirited performance with quick gearshifts. It shifts smoothly and is also quick to react in change of accelerator position by downshifting rapidly to give a speedy burst of performance. But it's at low speeds that this gearbox struggles a bit. Throttle response is a bit too sharp as the Seltos lunges forward, which takes some time getting use to. This also results in the driver constantly juggling between the brake and the accelerator pedals in stop and go traffic. The gearbox at low speeds also tends to get confused as it keeps changing gear ratios constantly when not necessary. This problem is somewhat solved thanks to the three driving modes the petrol automatic comes equipped with. In Eco mode the acceleration is a lot more relaxed and progress is much smoother. In Normal and Sport mode there isn’t a significant difference, except in Sport mode you are always in a lower gear at a higher engine speed for quick acceleration.

Kia claims that the Seltos with this engine will reach 100kmph in a brisk 9.7 seconds, which going by our stint behind the wheel is completely believable. Even the claimed efficiency figures of 16.5kmpl for the 7-speed DCT and 16.1kmpl for the 6-speed MT are impressive. But going by experience with turbo petrol engines, expect a massive drop in efficiency figures if you are going to be heavy footed.

If you want a smooth automatic then you should go for the diesel, because the torque converter transmission that it comes paired with is smooth and gear shifts are jerk-free. This doesn’t mean it has slow shifts or isn’t responsive enough. When in need it downshifts quickly to help you while overtaking, and even upshifts are fairly brisk. The engine also must be given credit for this as it complements the gearbox perfectly. It is powered by a 1.5-litre diesel engine that puts out 115PS of power and 250Nm of torque. The power delivery from this engine is creamy smooth, and it is free-revving too as it spins to its 5000rpm redline with ease. The engine does get a bit noisy post 3500rpm but because this motor feels strong from as low as 1400rpm you rarely end up working it hard.

This motor's flexible nature can be experienced in the manual gearbox variant too. Despite having tall gearing, especially in the first three gears, even at low speeds you don’t have to shift constantly, even when in a high gear. The gear shifts too are slick, and the light clutch ensures that your left foot doesn’t feel sore even in stop-start traffic.

Apart from the strong engines, the Seltos also has a pliant ride quality. At low speeds, you do hear the suspension working, especially over sharp bumps, but you don’t get thrown around or feel uncomfortable. As the speed rises the ride gets flatter, with well controlled body movements which makes the Seltos a good long-distance cruiser.

The rainy conditions weren’t the most ideal to push the car hard into corners. But on first impressions the Seltos doesn’t feel sporty, and the steering especially feels a bit vague. Even when we drove the petrol automatic with drive modes that altered the steering weight it didn’t feel much better. In Sport mode it just added weight without adding anything in terms of feedback. In fact in Normal mode the steering felt more natural and here we feel Kia should have also given an individual mode, to adjust the engine, gearbox and the steering weight separately.

After spending the whole day with the Kia Seltos, clearly it has a great mix of style, tech, quality and comfort. When you add the various engine and gearbox options, the trim levels, plus the variants, there is a Kia Seltos for everyone. In terms of shortcomings, the rear seat could have done with a bit more support and the petrol automatic could have been a bit smoother, but other than that the Seltos is hard to fault.

The Kia Seltos prices ranges from Rs 9.69 lakh to Rs 15.99 lakh, which seriously undercuts the competition and is also very close to it's cousin the Hyundai Creta. For all the detailed prices of the many variants and the two different trim levels click here. 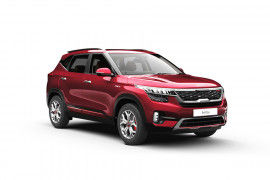