Your Last Chance To Buy A Mahindra Gusto RS 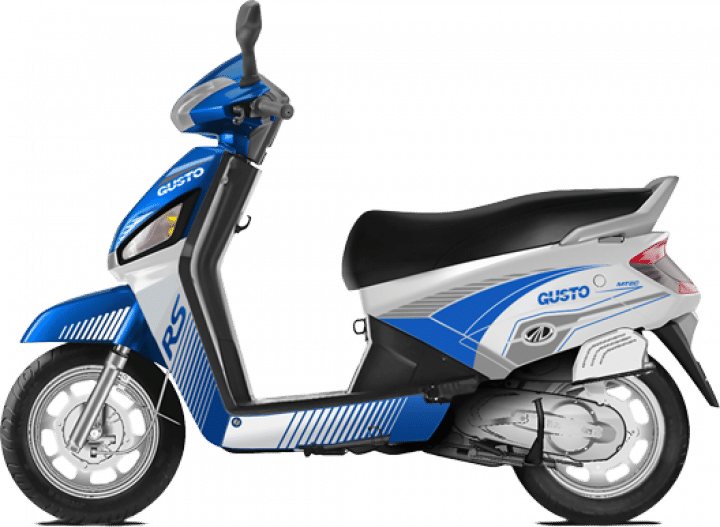 Last month, Mahindra announced that they will be quitting the mass market race to focus on their premium offerings, including their partnership with Ford to develop electric two-wheelers.

That means the current model lineup needs to be on its way out. So, in what could be a plan to get rid of old stock, Mahindra Two Wheelers has quietly released the Gusto RS for a price of INR 48,180 (ex-showroom Delhi).

The RS edition brings along with it only cosmetic updates and no other significant changes. Moreover, only the 110cc Gusto gets the upgrades, not the 125cc one.

Even on the cosmetic end, the overall design remains the same, but the Gusto RS comes in two new dual colour schemes: Red and white and Blue and white. This stands out from the single colour scheme on the standard Gustos. The new body graphics are available in addition to the already existing colour schemes which are devoid of the ‘RS’ badge.

To make it more enticing for buyers, Mahindra is offering a cashback of INR 6000 if booked with the Paytm app this Diwali. The offer, though, is only valid until October 20th, 2017.

The scooter’s internals hasn't been changed at all. It comes with an air-cooled 109.6cc single-cylinder engine that churns out 8.1PS and 9Nm of peak power and torque respectively, coupled to a variomatic transmission. For suspension duties, it employs hydraulic telescopic forks at the front and a coil type setup at the rear.

Stopping power still comes courtesy 130mm drum brakes at both ends. It has a fuel tank capacity of 6 litres and offers ground clearance of 165mm.

The Gusto is one of its kind though -- it’s the only scooter in India that comes with height adjustment options. Even in terms of storage space it’s well designed, with a pocket-like space below the display panel to store small items. Additionally, the seat opens the other way, towards the rear tyre -- this allows the seat to hold itself up while you load and unload luggage.

However, the Mahindra Gusto hasn’t achieved much success, going up against the likes of heavyweights like the Honda's Activa and TVS' Jupiter. A clean slate is something that Mahindra  Two Wheelers could really use to kickstart their upcoming products, and this Diwali presents the perfect opportunity to do so while offering a great deal to customers in the process.