The Volkswagen ID.4’s Design Is Set To Be Aerodynamically Efficient 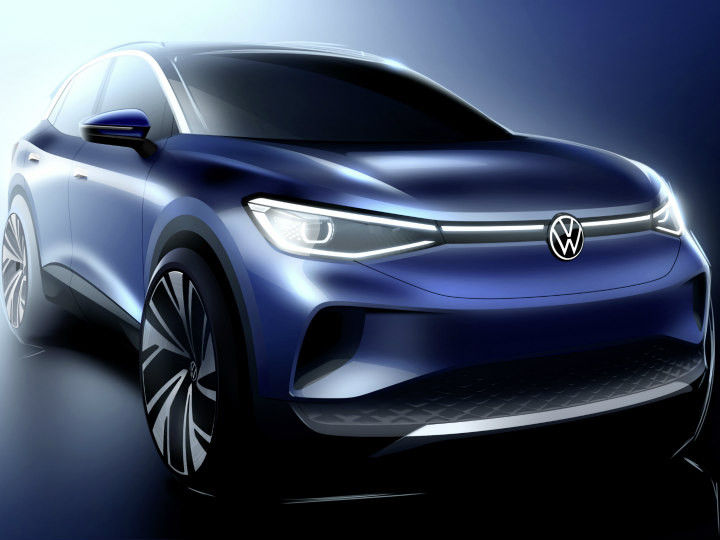 The teaser campaign continues for Volkswagen’s second EV in the ID range, the ID.4 electric SUV, since its silent tease at the Frankfurt Motor Show in 2019. This time, the carmaker has revealed a few tidbits about the electric SUV’s design with a design sketch.

Volkswagen claims the ID.4’s exterior design is aerodynamically efficient with a drag coefficient figure of 0.28. How does it achieve that? Well, it's down to the overall silhouette and passenger compartment. Basically, the tail light clusters and large roof spoiler help in cleaning up the airflow at the rear.

Previously leaked images of the production-spec ID.4 reveal bits inspired from Volkswagen’s first EV in the ID range, the ID.3 hatchback, and the ID Crozz concept that was showcased at Auto Expo 2020, like the illuminated VW logo, connected headlamp design and sloping roofline. It will be built on VW’s MEB (Modular Electrification Toolkit) platform which will also be the foundation for future Volkswagen EVs.

Volkswagen is yet to reveal what's inside the ID.4 but it has confirmed a fully digital cockpit operated by touch-sensitive sensors and voice recognition. Expect it to share equipment from the ID.3. This would include the touchscreen infotainment system with Android Auto and Apple CarPlay, augmented reality (AR), and a head-up display.

Detailed specs of the ID.4 are still under wraps, but Volkswagen has claimed multiple range options exceeding WLTP claimed 500km. It has also revealed a rear-wheel-drive powertrain at launch with an all-wheel-drive variant in the future. The former’s powertrain could be borrowed from the ID.3 which makes 204PS and 310Nm, while the latter’s powertrain is likely to deliver 306PS/320Nm like the ID Crozz concept it is based on.

An official debut date for the Volkswagen ID.4 all-electric SUV is yet to be announced, but it could be just around the corner as its sibling, the Skoda Enyaq iV, which will debut on September 1. Also expect an India launch in the near future with it likely being placed above the Hyundai Kona Electric and MG ZS EV.