The Volkswagen Taos Is Essentially A Scaled-Down Tiguan 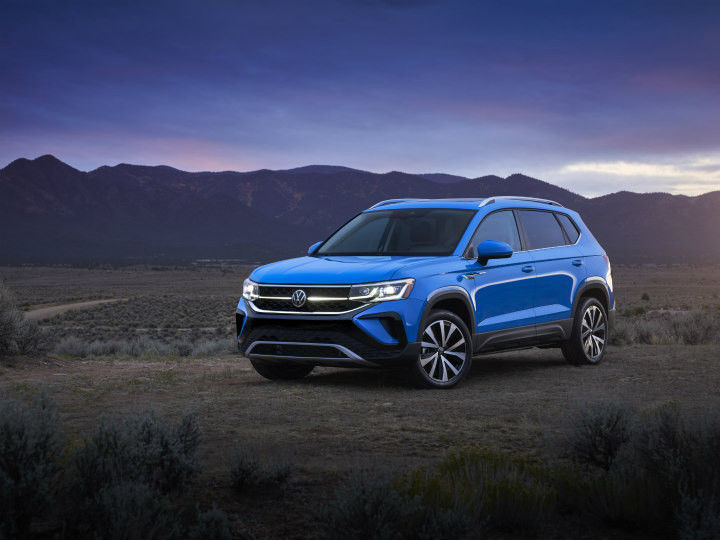 After teasing the new Volkswagen Taos mid-size SUV last month, the carmaker has finally taken the wraps off. Named after the town of Taos, New Mexico, it is designed specifically for the American market and slots under the Tiguan in the VW SUV lineup. It features several elements inspired by its larger sibling and other Volkswagen models.

Up front, it looks like a blend between the T-Roc and Tiguan. The LED headlights merging with the grille are inspired from the T-Roc, whereas the slats and air vents are similar to the Tiguan. The most eye-catching bit up front is the illuminated strip that connects the headlights with the badge on the grille.

The Taos is powered by a 1.5-litre turbocharged four-cylinder TSI petrol engine that also powers the US-spec Volkswagen Jetta sedan. It makes 158PS of outright grunt and 250Nm of twist. Transmission duties are taken care of by either an 8-speed automatic transmission or a 7-speed DCT automatic gearbox. However, the former is only available in the front-wheel-drive configuration, whereas the latter is limited to the all-wheel-drive option.

The Taos will be produced at Volkswagen’s Puebla factory in Mexico, with a launch in summer 2021. It will be offered in the S, SE, and SEL trims. It is highly unlikely to make it to India since we already have its equivalent, the T-Roc. The Taos takes on the Jeep Compass, like the T-Roc in India.